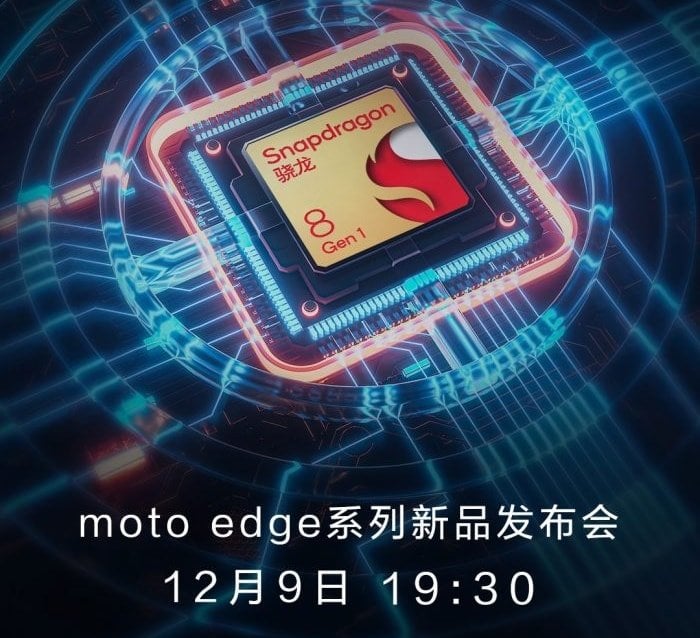 The new Motorola Moto Edge X30 smartphone will be made official this week and now some new teasers from Motorola have revealed more details on the handset.

We already know that the handset will be powered by the new Qualcomm Snapdragon Gen1 mobile processor. It will also come with a 5,000 mAh battery and it will feature 68W fast charging.

Motorola will be making their new Moto Edge X30 smartphone official this Thursday the 9th of December, we will have full details about the handset then.