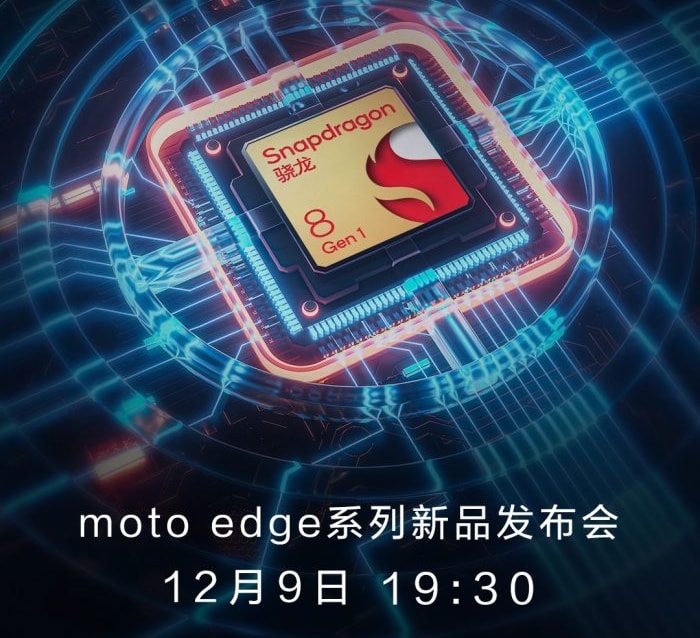 The new Qualcomm Snapdragon 8 Gen 1 processor is now official, one of the first handsets to use the processor will be the Motorola Edge X30.

Now Motorola has revealed that they will be making their new Edge X30 smartphone official next week, the handset will be announced on the 9th of December.

The news was announced on Weibo by Motorola and they also confirmed that the device would come with the new Snapdragon 8 Gen1 processor.

As well as the Snapdragon 8 Gen 1 processor, the handset will also come with a 6.67 inch OLED display that will have a 144Hz refresh rate and will come with a Full HD+ resolution.

The new Motorola Edge X30 smartphone will have a range of high-end cameras with three on the back and one of the front.