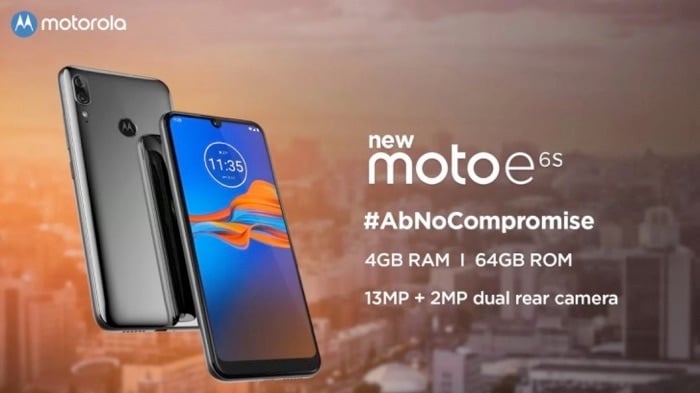 Motorola has launched a new smartphone in India, the Moto E6S which is basically the Moto E6 Plus for the India market.

The handset comes with a 6.1 inch display with a HD+ resolution of 1560 x 720 pixels and it features a HelioP22 processor.

The Moto E6S comes with 4GB of RAM and 64GB of storage, there is also a microSD card slot which supports up to a 512GB card.

The new Moto E6S is now available in India for ₹7,999 which is about $112 at the current exchange rate, it comes with Android 9.0.