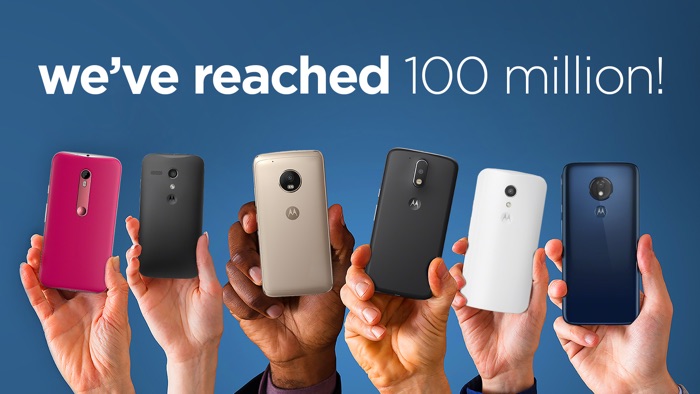 Motorola has announced that it has now sold 100 million Moto G smartphones, the company announced the milestone on Twitter.

To celebrate the 100 million Moto G devices sold they are offering a range of discounts off various more G devices.

We’re celebrating 100 million Moto G’s by giving you $100 off the #motog7! Join the party and get a great deal 🙂 https://t.co/JMCOiwtHDB pic.twitter.com/Uxu7S5Qark

You can see more information about the varios offers that Motorola have on their Moto G handsets at the link below.