Motorola has obviously realized that their Xoom tablet cant compete against other tablets like the Apple iPad and Android Honeycomb tablets with its high price, so the company has announced that it has now dropped the price of the WiFi model to $499.

We are not sure as yet whether the WiFi and 3G model will get a price cut, but will this price drop be enough to boost sales of the Motorola Xoom which have been lower than Motorola had hoped for. 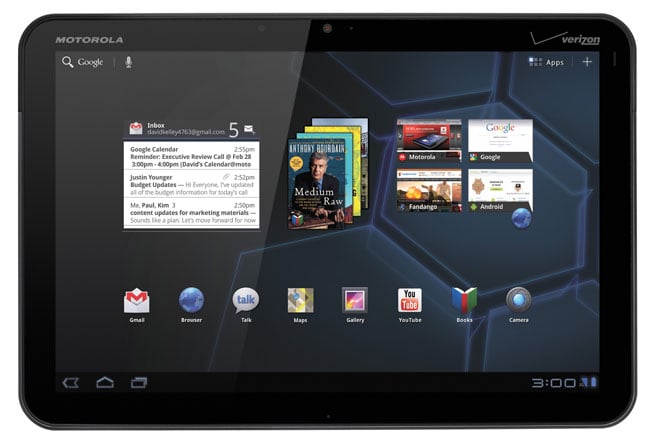 The Motorola Xoom WiFi featires a 10.1 inch multi-touch display and it comes with Android 3.1 Honeycomb, there is also a dual core 1GHz processor and two cameras, with a 2 megapixel camera up front for video chat and a 5 megapixel camera on the rear for photos and video, it can record HD video in 720p.