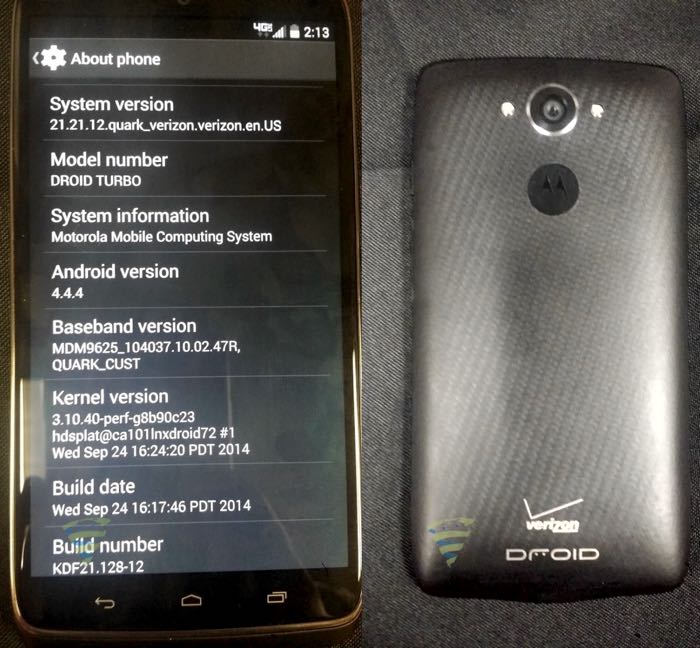 We have already seen plenty of press renders of the new Motorola Droid Turbo smartphone, and now we have some actual pictures of the handset.

The new Droid Turbo is headed to Verizon Wireless later this month, the handset is expected to launch with the carrier on the 29th of October.

The Motorola Droid Turbo is expected to come with some impressive specifications, the handset will be powered by a quad core Qualcomm Snapdragon 805 processor clocked at 2.7GHz.

The device will also come with 3GB of RAM and 32GB of built in storage, and it will come with Android 4.4 KitKat, and will feature front and rear facing cameras. 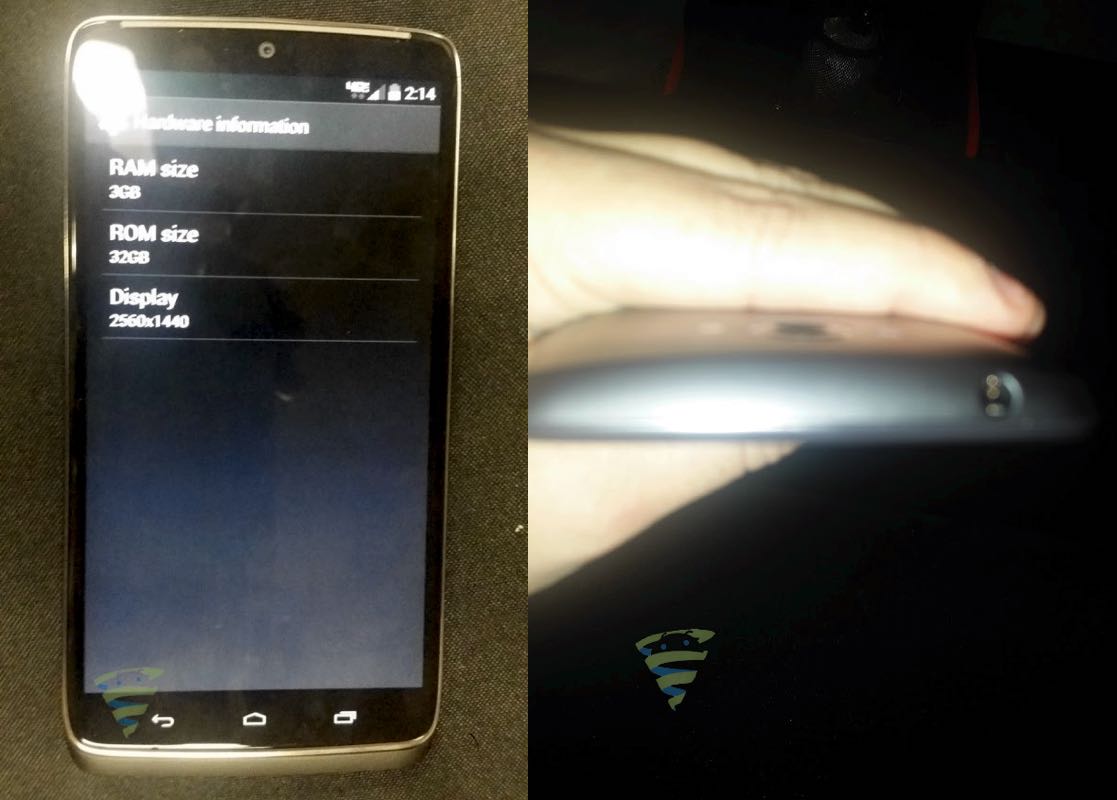 The front facing camera on the Motorola Droid Turbo will be a 2 megapixel version, the rear camera will be a high end 21 megapixel camera with a range of advanced features and the ability to record 4K video.

The Droid Turbo will also come with a 3900 mAh battery, and will feature a rapid charging option that will allow you to partially charge the handset in just 15 minutes, this will give you up to eight hours of usage on the handset.

We pretty much know all of the specifications on the new Motorola Droid Turbo, the only thing we dont know is how much the handset will retail for, we should have more details next week.