Motorola has now also listed the Droid Bionic on their homepage, although it looks like the full official specifications are missing for now. 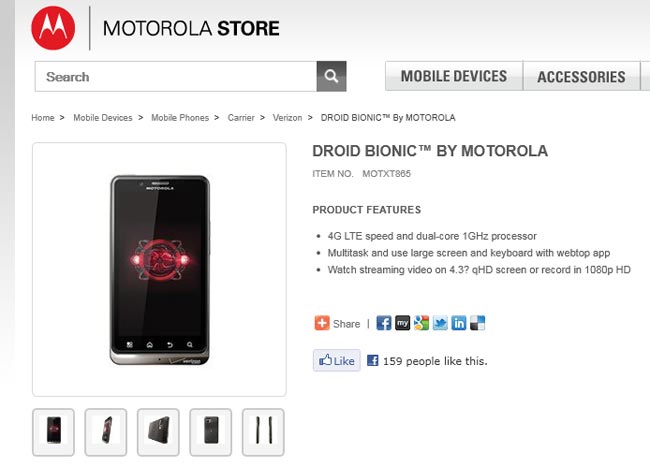 There will also be a 1GHz TI OMAP 4430 processor, plus 1GB of RAM, and 32GB of built in storage, there is also a microSD card slot which can take up to 32GB cards, plus an 8 megapixel camera on the back with an LED flash, auto focus and 4x zoom, the camera will be capable of recording Full HD video in 1080p at 30fps.

The Motorola Droid Bionic will also feature a front facing VGA camera for video chat, there is also an accelerometer, magnetometer, proximity sensor, ambient light sensor, gyroscope and a barometer, plus A-GPS and a compass.