It looks like we should be seeing some new Android smartphones from both Motorola and Verizon later this month, as they have announced that they are holding a special event on the 18th of October.

So we can expect to see some of the much rumored Motorola and Verizon devices we have been hearing about recently, which could include the new Motorola Droid RAZR smartphone, who know we could even possibly see the new Xoom tablets. 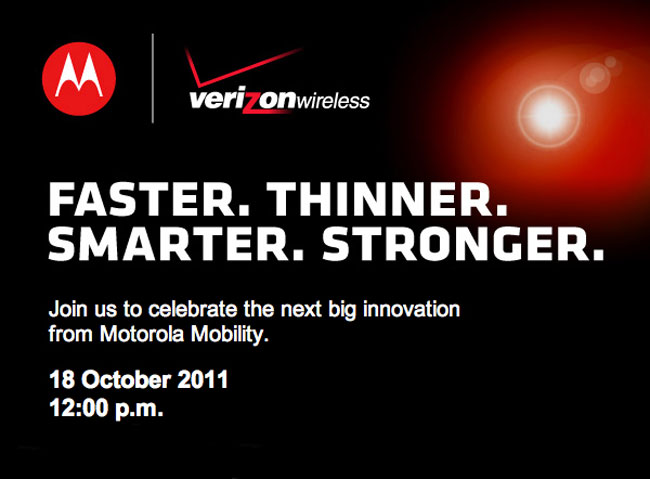 As soon as we get some more information on what Motorola and Verizon will be announcing on the 18th of October we will let you guys know.