Motorola recently launched their new budget Android smartphone, the Motorola Moto G, the handset is reasonably priced with some decent specs for the money, it retails for $179.

Motorola also launched their high end Android smartphone, the Motorola Moto X a few months back, and now we have a video from the guys over at Pocket Now, putting the two handsets to the test. 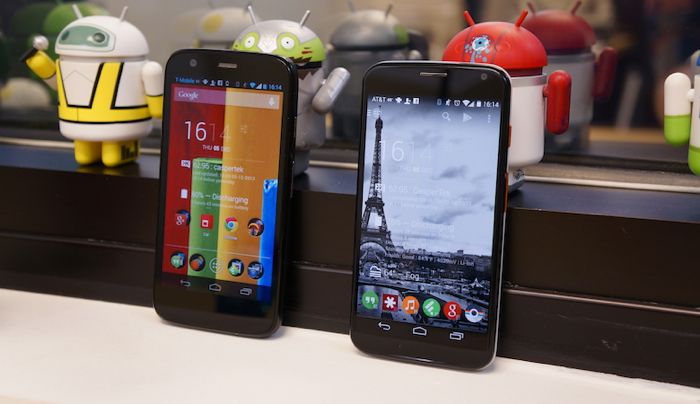 The Moto G features a 4.5 inch high definition display with a resolution of 1280 x 720 pixels, processing comes in the form of a quad core 1.2GHz Qualcomm Snapdragon 400 processor and there is also 1GB of RAM, plus Android 4.3 Jelly Bean.

The Motorola Moto G comes with a 1.3 megapixel front camera for video calls, and a 5 megapixel rear facing camera which can record full HD video in 1080p.

The handset features a a 4.7 inch high definition display that has a resolution of 1280 x 720 pixels, plus a dual core Qualcomm Snapdragon processor with a clock speed of 1.7GHz, 2GB of RAM and an Adreno 320 GPU, The Moto X retails for around $500.