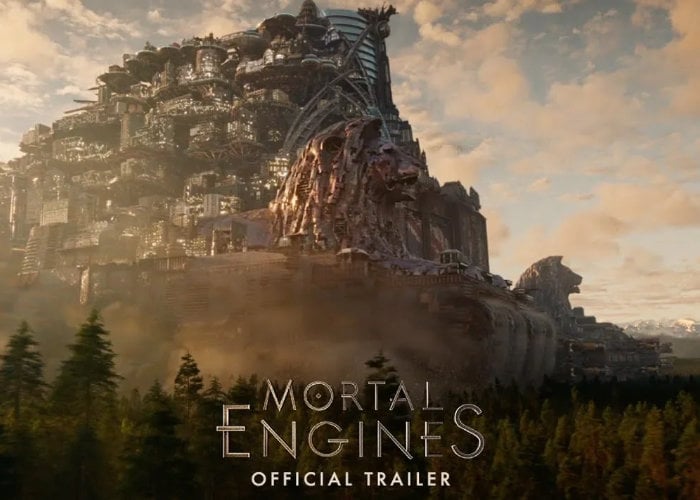 Universal Pictures has this week released a new extended trailer for the upcoming Mortal Engines movie that will be premiering in theatre screens worldwide from December 14th, 2018 onwards. Mortal Engines As a new adventure directed by Christian Rivers aided by award-winning filmmakers Peter Jackson, Fran Walsh and Philippa Boyens.

Mortal Engines Stars Hugo Weaving, Stephen Lang, Robert Sheehan and more. “A mysterious young woman named Hester Shaw joins forces with Anna Fang, a dangerous outlaw with a bounty on her head, and Tom Natsworthy, an outcast from London, to lead a rebellion against a giant predator city on wheels.”

“Hundreds of years after civilization was destroyed by a cataclysmic event, a mysterious young woman, Hester Shaw (Hera Hilmar), emerges as the only one who can stop London — now a giant, predator city on wheels — from devouring everything in its path. Feral, and fiercely driven by the memory of her mother, Hester joins forces with Tom Natsworthy (Robert Sheehan), an outcast from London, along with Anna Fang (Jihae), a dangerous outlaw with a bounty on her head.”