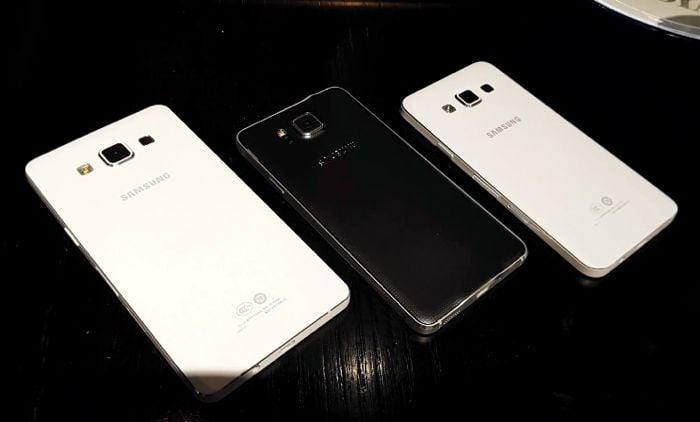 We have been hearing rumors about the new Samsung Galaxy A7 smartphone for some time, and now it looks like we have some more specs on this new Android smartphone.

The Samsung Galaxy A7 is said to come with a 5.5 inch Full HD display with a resolution of 1920 x 1080 pixels, the device will also come with the same processor as Samsung’s current Galaxy Note 4, the Samsung Exynos 5433 processor.

The Exynos 5433 processor on the Galaxy A7 is an eight core processor and it will come with four 1.8GHz cores and four 1.3GHz cores, the device is also said to come with 2GB of RAM.

We had previously heard that the A7 would features a 64-bit Snapdragon 615 processor, it is possible that Samsung could launch two versions of the device with different processors.

The Samsung Galaxy A7 will apparently comes with a 5 megapixel front facing camera for selfies, on the back of the handset there will be a 13 megapixel camera with a range of advanced features.

The device will come with Android 4.4 KitKat and will feature a 2600 mAh battery, as yet there are no details on exactly when this new device will launch, as soon as we get some more details, we will let you guys know.