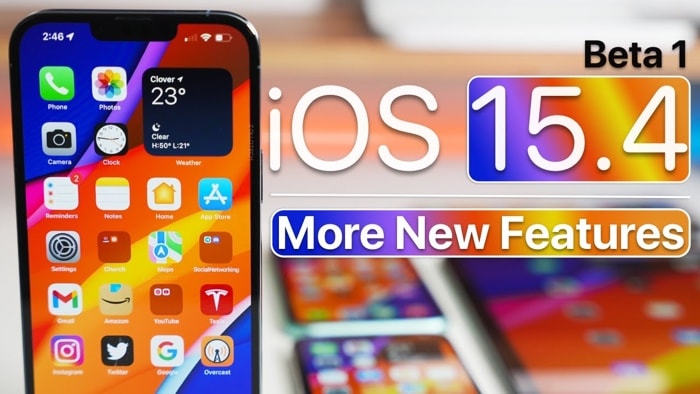 Last week Apple released iPadOS 15.4 for the iPad and iOS 15.4 beta 1 for the iPhone and we have already seen a number of videos of the software in action. Apple also recently released Public beta versions of both software.

The iOS 15.4 and iPadOS 15.4 will bring a range of new features to the iPhone and iPad, we heard about some of those last week.

Now some more new features and changes have been discovered and the video below from Zollotech gives us a look at these changes.

These updates bring a range of new features to the iPhone and iPad, one of the major ones for the iPad is Apple’s Universal Control, which lets you control your Mac and iPad with the same keyboard and mouse, from what we have seen this looks like a great new feature.

There are also a new range of Emoji and a new face mask feature for Face ID on the iPhone which is designed to let you unlock your iPhone with Face ID when you are wearing a mask.