We have been hearing rumors over the last few weeks that Google is getting ready to launch its new Google Music Store, and now more evidence has been revealed which could hint at an imminent release of the Google Music Store.

If you go to music.google.com from your Android device, you will see a landing page which gives you the option to download the Google Music app, but there is now something new on the page, a link back to the Android Market, which shows that you can purchase music from it. 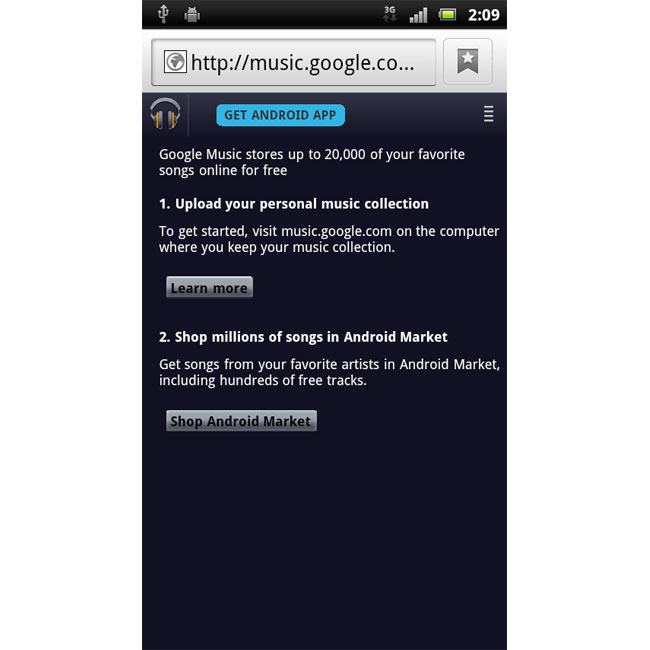 Get song from your favourite artists in Android Market including hundreds iof free tracks.

We are expecting Google to officially announce the new Google Music Store within the next couple of weeks, as soon as we get some more information we will let you guys know.