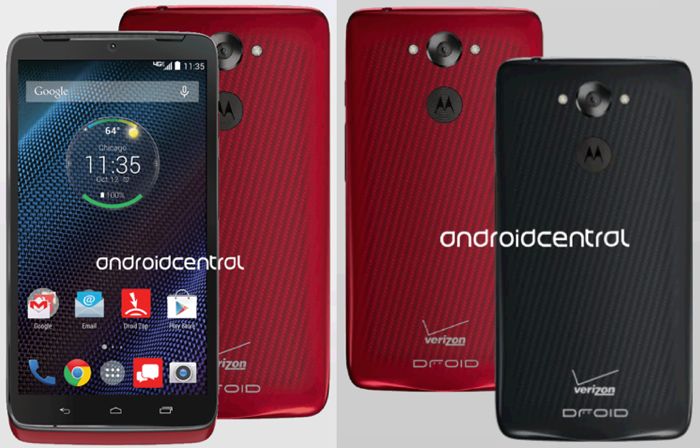 Yesterday we heard that the Motorola Droid Turbo would launch on the 29th of October, and now we have some more photos of the handset, which you can see above.

The guys from Android Central have also received some more information on the handset, and have apparently confirmed some of the specifications for the device.

The Motorola Droid Turbo comes with a scratch resistant ‘metallized glass fiber’ casing and Corning Gorilla Glass 3, the handset will also feature a reinforced Kevlar rear casing and is designed to be splash proof.

The Droid Turbo will feature a 5.2 inch Quad HD display with a resolution of 2560 x 1440 pixels, and the handset will be powered by a quad core Qualcomm Snapdragon 805 processor with a clock speed of 2.7GHz.

The device will also come with 3GB of RAM and 32gB of built in storage, and it will also feature a 3900 mAh battery which will give you up to two days of usage.

The handset will feature front and rear facing cameras, on the front there will be a 2 megapixel camera, the rear camera is said to be a 4K capable 21 megapixel camera, and the device will come with a rapid charging feature.

The Droid Turbo will be able to charge quickly, and a 15 minute charge of the device will give you around 8 hours of usage, which sounds pretty impressive, it will come with Android 4.4 KitKat.