On the weekend The Verge broke the news that Google were working on some new TV software, which will be called Android TV.

Android TV has been described as more of an entertainment interface rather than a software platform, and the focus will be on simple applications for Android TV. 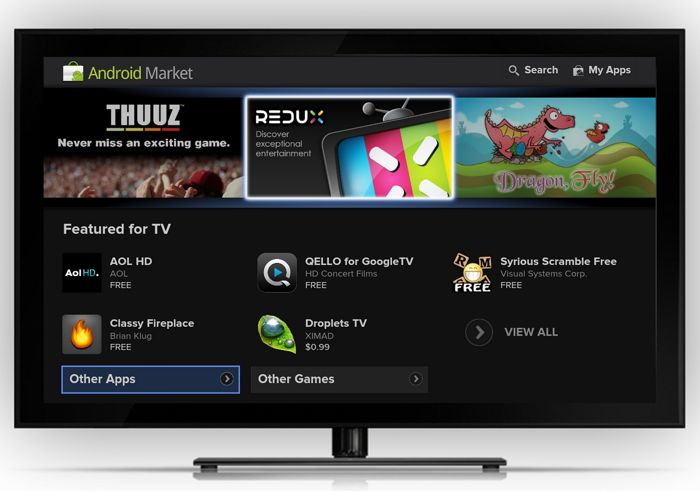 The guys over at GigaOM have received some more information on Android TV, and according to the report, Google intend to provide a standardized look and feel for all apps on the platform.

At the moment apps on smart TVs look and function very different, for example the Netflix app and the YouTube app are completely different.

With Android TV, Google are looking for app developers to use a standard set of templates for their apps on Android TV, which would give all of the apps a more unified look and feel, as well as more unified controls.

This will apparently work by content providers providing Google with data feeds, rather than full applications, the data would then be used in a specific app for the content provider and would include things like box cover art, movie or TV show titles and more.

What this would do is allow all of the apps on the Android TV to perform in a similar way, it would also make it easier to add new features to all of the apps at the same time as they would all conform to the same standards.

It certainly sounds interesting, and this uniform approach to all apps would enable Google to build a universal search platform for Android TV, where uses could search through all of the apps at once for a particular piece of content, rather than each one individually.