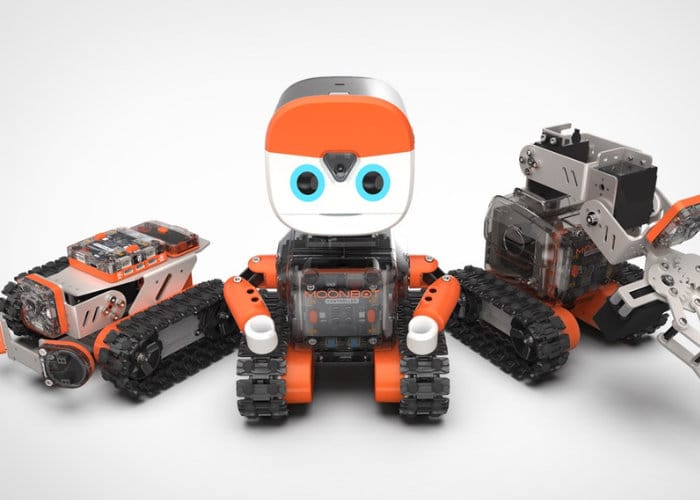 A new DIY robotic kit has been launched via Kickstarter this week called MoonBot, which has been designed for learning more about modern robotics and artificial intelligence. Watch the demonstration video below to learn more about the kit which allows you to build and program a number of different styles of robot depending on your aspirations.

The MoonBot robot is now available to back via Kickstarter with early bird pledges available from $149 or roughly £116 with worldwide delivery expected to take place during January 2019. Each kit allows you to build three robots and all subscribers will also receive the company’s weekly MoonBot programming update with ideas and inspiration on how to use your kit.

The robot comes complete with its own companion application making programming easy on iOS, Android and PC systems thanks to its block-based programming. The creators of the MoonBot DIY robotics kit explain more about the inspiration behind the system. “50%, that’s the number of current jobs that experts are predicting could be eliminated by robots and AI in the next 15 years. The fact is, the skill sets required to succeed in the coming AI era are drastically different from what most schools prepare our kids for. We are a team of scientists and engineers from Morpx, founded by former Google researcher Dr. Tianli Yu, with the belief that anyone can be part of the latest AI transformation. The MU series educational robot kits are what we created to fulfill this very mission. “

The MoonBot hardware consists of a set of electronics modules, held together by sturdy aluminium structures, and enclosed in beautiful and transparent plastic shells for viewing of the internal circuitry and status LEDs. For more details and full specifications jump over to the official Kickstarter campaign page by following the link below.