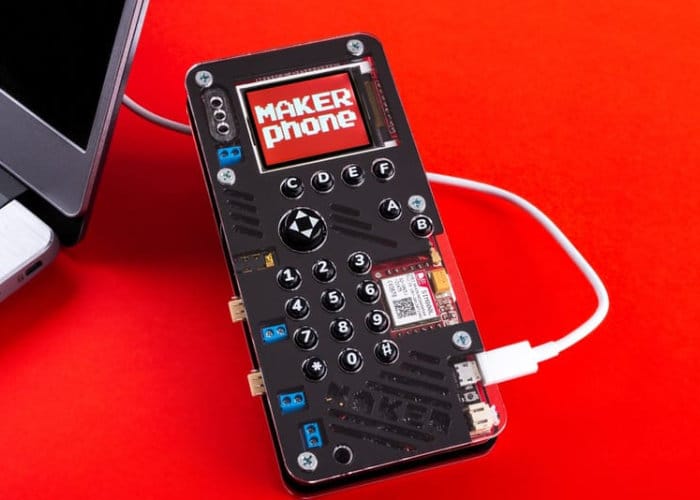 If you have ever fancied building your very own DIY mobile phone, you may be interested in new project for the awesome MAKERphone which has launched this week. The DIY mobile phone kit is now available to back from $89 or roughly £68 for early bird backers, with delivery expected to take place during March 2019.

Created by technology enthusiast from Croatia Albert Gajšak, the kit provides everything you need to build a fully functional mobile phone as well as a programmable base that can also play games and more using Python, Scratch and Arduino. Albert Has already successfully created and launched a previous Kickstarter campaign for the MAKERbuino DIY game console. Watch the promotional video below to learn more about the DIY mobile phone kit.

“We’ve learned A LOT from manufacturing and shipping over 6000 MAKERbuino kits in the past year and here’s a short list of most notable changes and improvements that we’ve implemented in MAKERphone.”

For more details and a complete list of all available pledge options jump over to the official Kickstarter campaign page by following the link below.