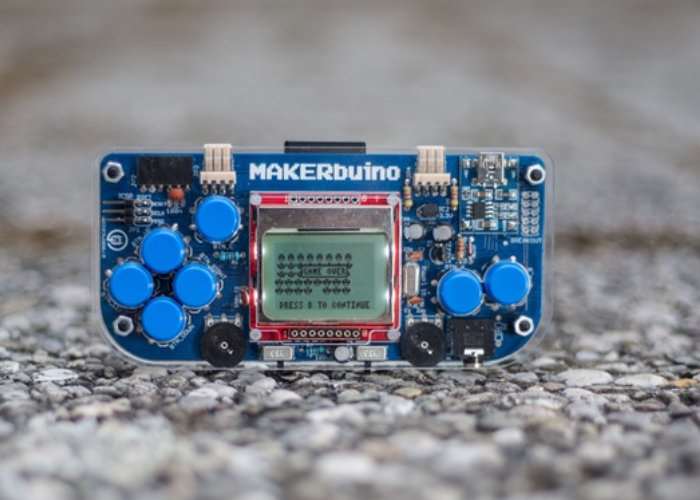 Gamers and electronic enthusiasts that would like to create their very own basic pocket games console, may be interested in a new Kickstarter campaign which has been created by Albert Gajšak and takes the form of the MAKERbuino.

The MAKERbuino is a handheld retro gaming device that you can build yourself. It’s 8-bit, fun, educational and hackable. Watch the video below to learn more about its features and functionality 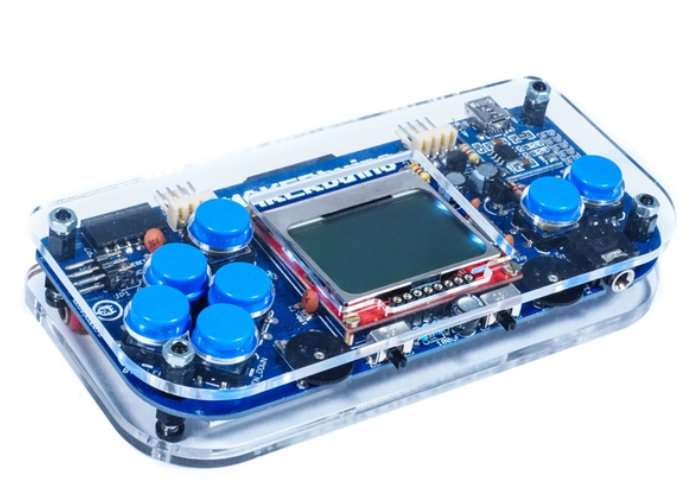 MAKERbuino comes in a kit form (not assembled) – you get a box with all the electronic components necessary for building your own portable game machine. To build your own MAKERbuino the only things you’ll need are some basic tools and an interest in technology. But its a

This neat little device is an open source handheld game device you can build yourself (it’s fully DIY). Besides that, MAKERbuino is also an educational device shaped like a game console.

Jump over to the Kickstarter crowdfunding website where the kit is now available to back with pledges starting from just $35 and shipping expected to take place during May 2017.