We have already seen a number of modular smartphone concept devices unveiled this year one of which was the Google Project Ara modular smartphone that allows users to swap out the components that might require upgrading rather than the whole smartphone.

In a similar vein Mighty Cast is currently developing a modular wearable device in the form of a wrist band called the Nex Band that can be fitted with a variety of sensors or “charms” to provide notifications from your social networks or gaming applications. 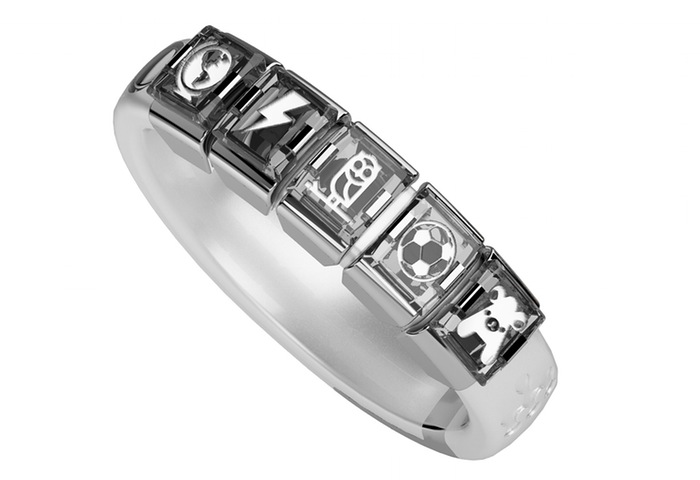 Features of the Nex Band include a haptic feedback and vibration motor, together with Bluetooth 4.0 low energy connectivity and a rechargeable lithium polymer battery. 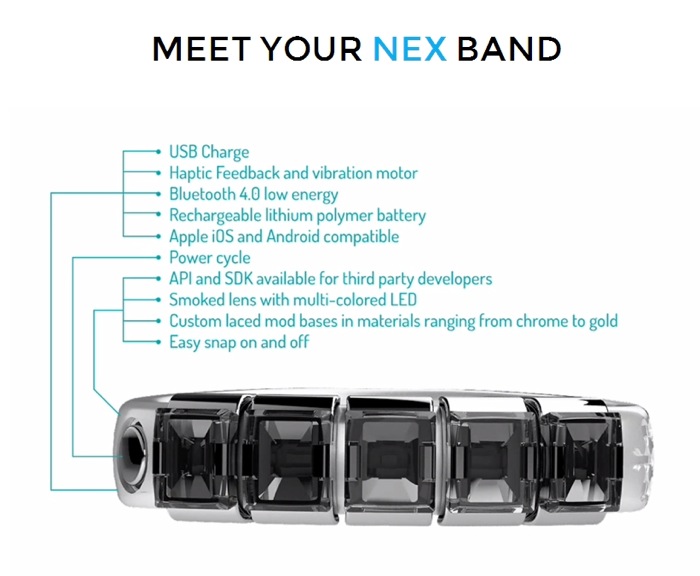 Mighty Cast is also offering both API and SDK packs for third party developers to use the Nex Band to link to their own applications and software if required to create custom notifications. Mighty Cast the creators of Nex Band explain :

“NEX is the nexus of digital and physical connections. While most tech wristbands on the market today focus on fitness and health, the NEX lets you interact with all your passions, from friends to music to gaming to movies to sports – and so much more.

The wristband works with specially designed, collectible “Mod” charms that are physical objects connected to the cloud. Mods take virtual, mobile experiences to the real world and back again, giving wearers objects to share, play, and interact with in the physical space. “ 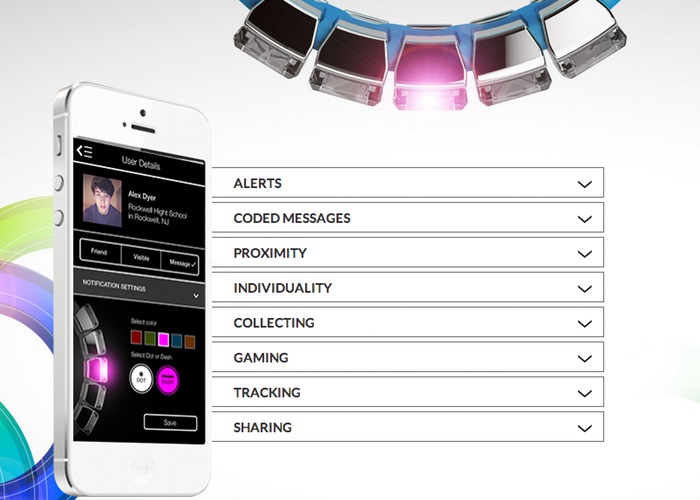 For more information on the new Nex Band jump over to the Mighty Cast website for details.