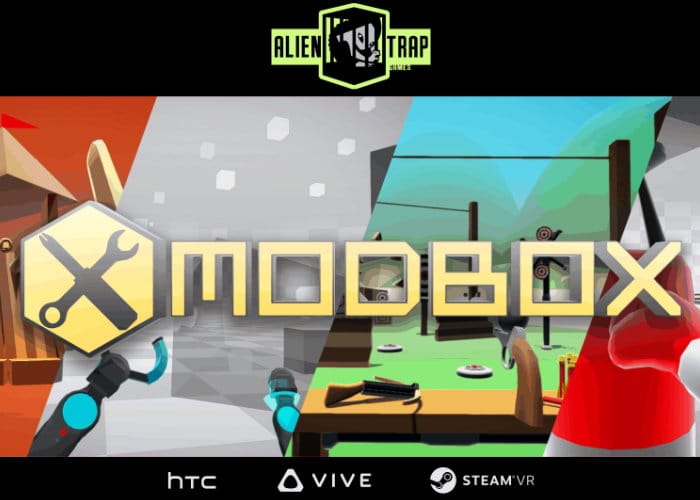 Following on from the launch of the Modbox VR physics sandbox designed for SteamVR-compatible headsets and originally launched back in 2016, the development team have this week announced the availability of new augmented reality features which are currently in the final stages of development and should be soon available for Modbox software users to enjoy. “We are planning to make Modbox into a AR building application, which we feel it’s perfect for,” developer Lee Vermeulen explained in an interview this week. Check out the videos below to learn more about what you can expect from the new augmented reality tools that are being added to the AR version of Modbox.

If you are interested in trying out Modbox jump over to the Steam Early Access area to purchase and download a copy priced at £11. To re-cap Modbox is a VR sandbox where you can use mods to create game experiences and share them online. “Go online to play multiplayer creations together in a variety of game modes – or create your own game worlds by piecing parts together.”

Features of the currently available Modbox VR software include the ability to :

– Select from a large selection of mods to choose content for your creations
– Over 1000+ different building parts – with even more included in user created mods on the Steam Workshop
– Share your work on Steam workshop ingame, or try out others online
– Construct with primitives by just touching them together. Add in hinge joints, ropes, propellers, rockets, piston, balloons. Then control them by wiring them together with throttles and levers.
– Pick up and play with toys to interact with the world – including baseball bats, basketballs, crossbows, pistols, chainsaws…
– Add NPCs and characters to your creations to interact with
– Use the ModboxSDK to create new building parts, avatars, and starting environments

For more information on the Modbox AR application jump over to the Road To VR website following the link below for an interview with its developers.