We have featured a number of Kickstarter projects here on Geeky gadgets over the years and many have successfully made the jump from concept to production. Another new design hoping to do just that is the MobileMount.

The MobileMount uses a set of  “Patent Pending” Twist-to-Lock suction cups to hold devices in place and is capable of doing this for weeks at a time rather than simply a few hours like other competing mounts, say its inventor. Watch the video after the jump to see it in action. 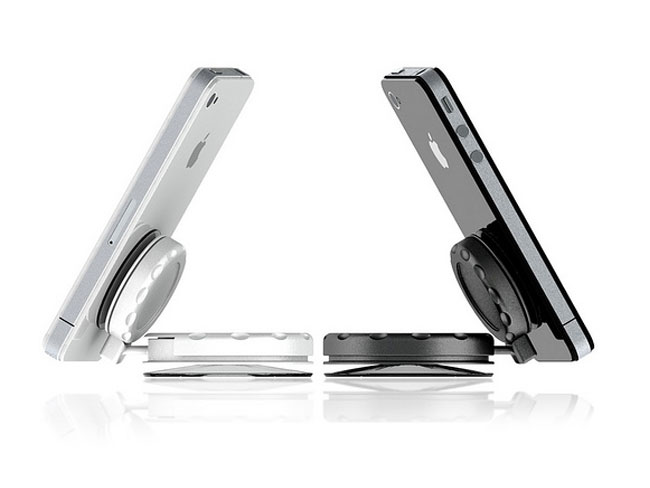 The suction cups squeeze out the majority of the air when they are in the locked position creating a very strong vacuum between the suction cup and the device being mounted.  They are also equipped with a ball and joint to enable it to be tilted into the perfect position for viewing.

The MobieMount is currently in production at the moment but if you think the design is worth backing you can jump over to the Kickstarter website and make a pledge from as little as $1 to help it on its way.