I watched 101 Dalmatians a bunch of times when I was a kid and always wondered what it would be like if Cruella really caught the puppies and made her coat out of their fur. What would she do with the tails for instance? Now I know the answer to that question, she would make the Mobile Tail. 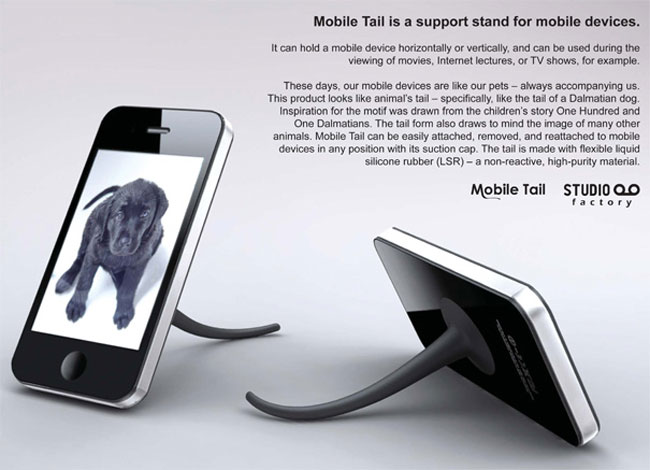 The Mobile Tail is a silicone tail attached to a suction cup that can be stuck to the back of the iPhone or any other mobile device. Once stuck to the mobile phone it would hold the thing in an upright position so you can watch video on it or make some video calls.

The concept is offered in several different colors and it looks like a severed puppy tail to me. The packaging is cool too; it is a little box over the suction cup only leaving the tail to stick out. People would totally buy this thing if the concept ever comes to market.