Linux Mint and Compulab have this week taken the wraps of a new mini PC they have created in partnership called the MintBox 2 which has been designed to provide users with unto four times the processing power of the original Mintbox system.

The new MintBox 2 is equipped with an unnamed Core i5 processor which could possibly be a Haswell chip but this has not been confirmed. Supported by 4GB of RAM and with 500GB of storage. 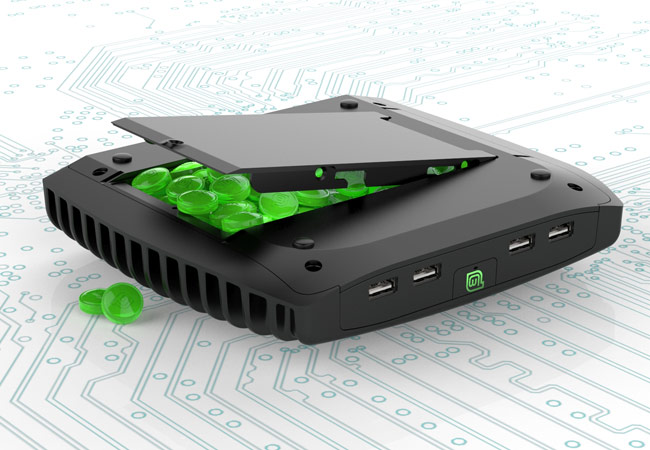 Other features of the MintBox 2 include dual Gigabit Ethernet ports and comes with a massive 5 Year warranty and scores and impressive 7541 score via Geekbench. The new MintBox 2 is priced at $599 but no date has been announced when the MintBox 2 will start shipping. The Linux Mint blog explains:

“We’ve always had a fantastic relationship with the staff at CompuLab and we’re working hard on the new MintBox, but this was a surprise and I wanted to thank them for doing this. There’s a lot of respect and admiration going both ways and we’re very proud of what we’re doing together.”