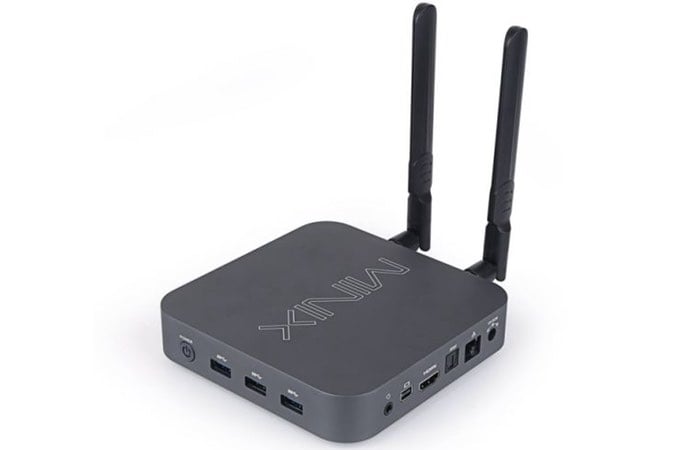 Ahead of IFA 2015 Minix has announced a new addition to their range of hardware, in the form of the Minix Z-series of mini PCs that have been designed to run Microsoft’s latest Windows 10 operating system.

The Minix Z-series mini PCs are powered by a processor based on Intel’s Braswell architecture with two versions being made available equipped with the choice of a Celeron N3150 processor or if you need higher-performance a Pentium N3700 processor.

Both systems are fitted with metal alloy cases and include the following ports : HDMI, DisplayPort, S/PDIF, DisplayPort, headset, and three USB 3.0 connectors. As well as two removable and adjustable Wi-Fi antennas.

Unfortunately no information on pricing or worldwide availability has been released as yet for the Minix Z-series, but as soon as information comes to light during this weeks IFA 2015 event we will keep you updated as always. Raspberry Pi enthusiasts may also be interested in our essential guide to Raspberry Pi displays and HATS.