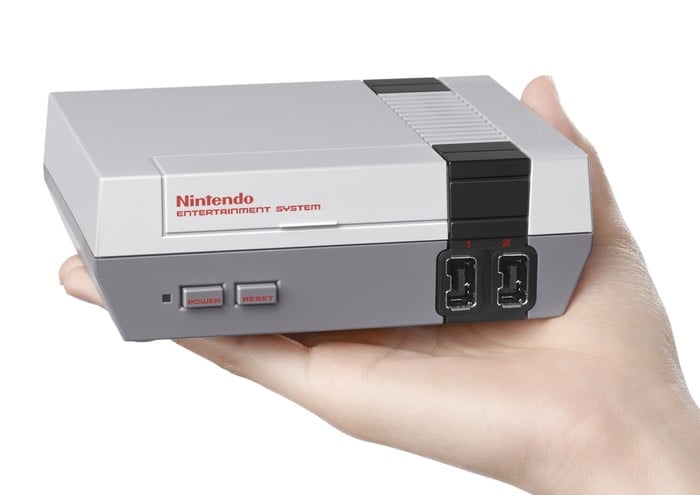 Nintendo has today taken the wraps off a new mini games console it has created in the form of the Mini Collector’s Edition NES, which will be launching later this year on November 11th and priced at $59.99.

The new palm sized Mini Collector’s Edition NES  console has been created to provide a retro system that is nearly identical to Nintendo’s original home console, albeit a lot smaller. The mini console can be connected to your HD TV using the included HDMI cable and comes pre-loaded with 30 retro classic games such as Donkey Kong, Castlevania, The Legend of Zelda and more.

We wanted to give fans of all ages the opportunity to revisit Nintendo’s original system and rediscover why they fell in love with Nintendo in the first place. The Nintendo Entertainment System: NES Classic Edition is ideal for anyone who remembers playing the NES, or who wants to pass on those nostalgic memories to the next generation of gamers.

Games included with the system are :