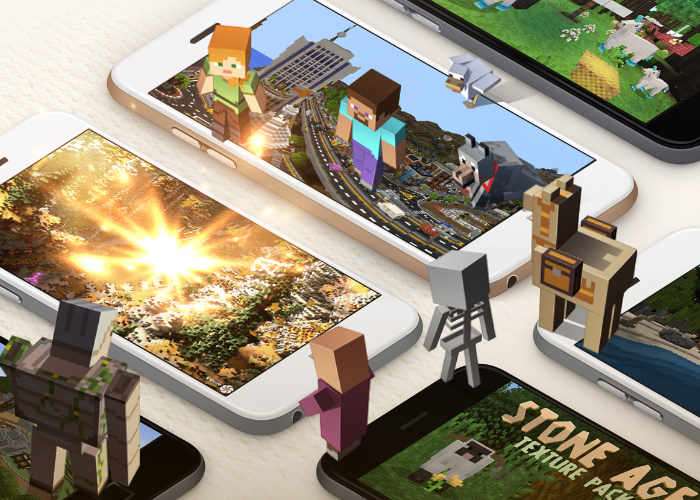 Microsoft has today announced that they will soon be launching the new and highly anticipated Minecraft Marketplace which will offer “community made goodies” via both the Pocket and Windows 10 versions of the game.

Once the new Minecraft Marketplace launches gamers will be able to make micro transactions to download and play community creations from within Minecraft.

Microsoft explains more about the Minecraft Marketplace which will be launching during the spring of 2017.

The idea is to give Minecraft creators another way to make a living from the game, allowing them to support themselves in the creation of ever-greater projects, while giving Pocket and Windows 10 players access to a growing catalogue of fun stuff – curated and supplied by us, safely and simply. And, of course, you can still manually download free community creations you’ve found out there on the internet, too.

To make all this happen, we’re introducing Minecraft Coins which you can buy using in-app purchases on your device. Coins let creators set flexible prices and take their share of what they sell. It’s super important to us that this is the biggest chunk of the profit: when a cool skin or map gets purchased, the app store platforms take a 30% cut, but creators get the majority after that.

For players, you’ll be able access whatever you buy across devices using your (free!) Xbox Live account. We’re currently talking with our platform partners about how to make this happen, so stay tuned.

As soon as more information is released by Microsoft on a confirmed release date we will keep you up to speed as always. Jump over to the official Minecraft website via the link below for more details.This