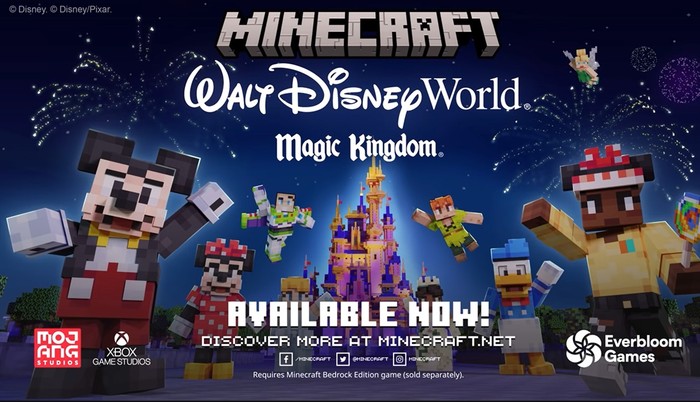 Disney World fans may be interested to know that a new Minecraft DLC is now available providing a virtual Disney Magic Kingdom inside Minecraft. The new content has been released to celebrate the 50th anniversary of Walt Disney World and includes appearances by numerous Disney and Pixar characters. Check out the video below to learn more. 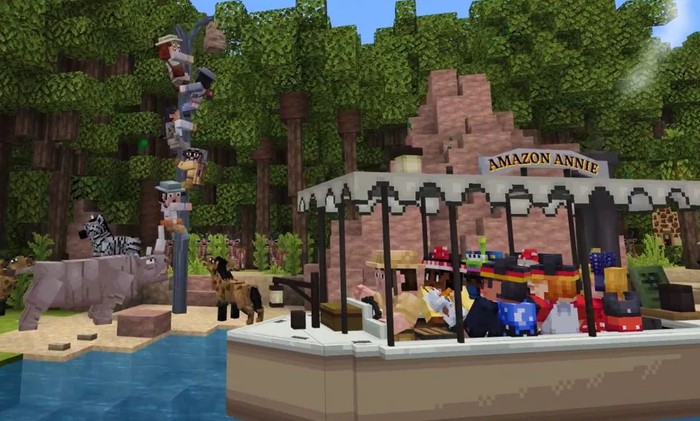 “Just like the real park in Orlando, Florida, the Minecraft x Walt Disney World Magic Kingdom Adventure DLC map is large and varied. Filled to the brim with familiar Disney and Pixar faces, iconic attractions and magical scenery, the map includes fan-favorite attractions like Big Thunder Mountain Railroad, Space Mountain and more. The happiest place on Earth comes to the Overworld! In honor of the 50th anniversary of Walt Disney World, the Magic Kingdom has been faithfully recreated in Minecraft. Featuring thrilling rides, iconic Disney and Pixar characters, and skins to help you dress the part! “

“Explore Magic Kingdom Park alone or take a ride with friends as you experience endless enchantment throughout six themed lands and twenty classic attractions. Seek out thrill coasters like Big Thunder Mountain Railroad and Space Mountain or visit classics like Jungle Cruise, or “it’s a small world,” each complete with accompanying theme park music. Compete with your friends for the highest score as you ride through Buzz Lightyear’s Space Ranger Spin or make yourself dizzy at the Mad Tea Party.” 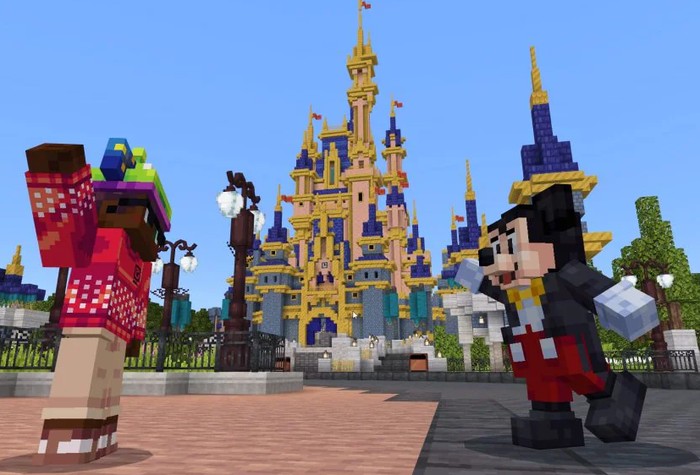 “At different attractions and themed lands like the Haunted Mansion and Adventureland, players can interact with Disney cast members. Meet 25 beloved Disney and Pixar characters and collect their signatures in your very own virtual autograph book! Walk down Main Street U.S.A. and you might find the Dapper Dans strolling along. Be sure to look out for over 20 souvenirs and wearables including Spirit Jerseys and Mickey Mouse Ear Headbands, as well as 20 different iconic Disney Parks food and drinks like Mickey’s Hot Chocolate and Pineapple DOLE Whip Cup as seen at Aloha Isle Refreshments. Players can end their Minecraft Disney Day by witnessing a spectacular fireworks show at Cinderella Castle.”