Yesterday we heard about a new feature coming to Microsoft’s Xbox 360 console, SmartGlass and Microsoft has now officially announced SmartGlass which will let you use your smartphone or tablet with the Xbox 360.

SmartGlass will let you use your existing touchscreen devices like your tablet or smartphone with your Xbox 360, game content will be displayed on your SmartGlass device, and you will also be able to use your smartphone or tablet as a controller for Microsoft’s Internet Explorer which is also headed to the Xbox. 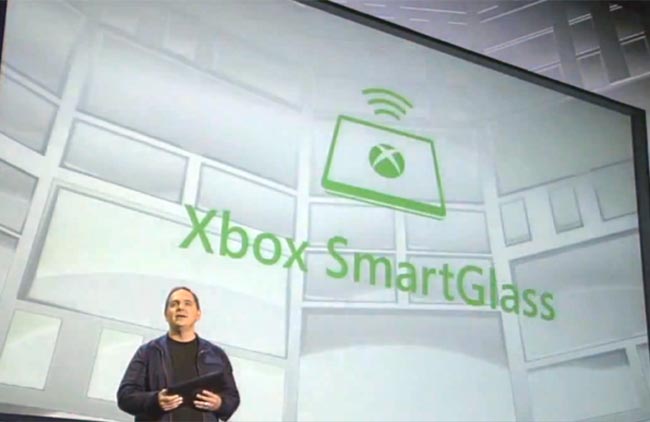 Xbox SmartGlass. This is a brand new Xbox innovation that makes your entertainment smarter, more interactive and more fun – across the devices you already own. It makes your tablet or your phone more intuitive, so if you are watching a movie or playing a game on Xbox 360, relevant content will automatically appear on your SmartGlass device. Imagine having the ability to pick your plays from your tablet instead of the TV screen during an intense game of “Madden,” keeping your next move a surprise to your opponent. Imagine meeting up with a boss in “Ascend” and seeing all the necessary details appear on your phone to help defeat it. Or, turn your favorite tablet or phone into a great remote control for your Xbox console. We’re excited to make all this possible for you and more.

Microsoft also anno0unced some other new features for their Xbox console, Microsoft’s Kinect Voice Control and Search will be expanded internationally, you can find out more details on what will be available on the Xbox over at Microsoft.