We got our first look at Microsoft’s new Windows 8 yesterday, with its newly designed user interface which has a similar look and feel to the UI on Windows Phone 7, and it certainly looks very interesting.

Now Microsoft has put together a video to show us how Windows 8 will work, and in the video below you will see that Windows 8 has been designed with touchscreen computers and tablets in mind. 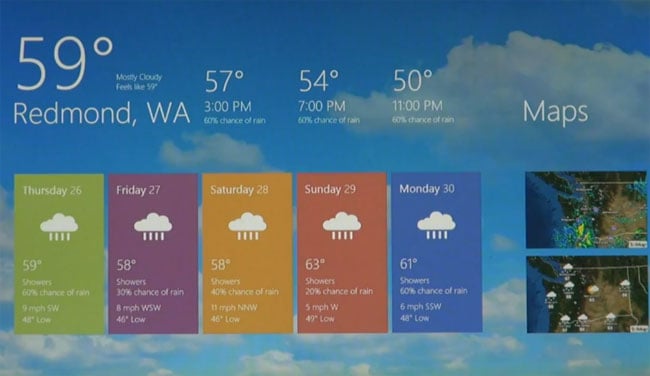 As you can see from the video Windows 8 looks totally different to Windows 7, Microsoft have obviously attempted to totally redesign the way Windows works, but is it engough to keep Windows fans happy?

It looks like Windows 8 will launch some time in 2012, although there is no actual launch date mentioned and Microsoft mentioned in the video that they will be showing us a lot more videos of Windows 8 over the next year.

Have a look at the gallery below, which shows some of the various functions and the user interface in Windows 8.