Microsoft recently gave us a preview of the latest version of their Windows operating system, Windows 8, which features a completely redesigned user interface, which from the looks of what we have seen so far is designed to be more touch and tablet friendly.

We have also heard rumors that Microsoft are working on their own Windows branded tablet, which is expected to debut at the same time as Windows 8, and now it seems that Windows 8 may launch in the autumn of 2012. 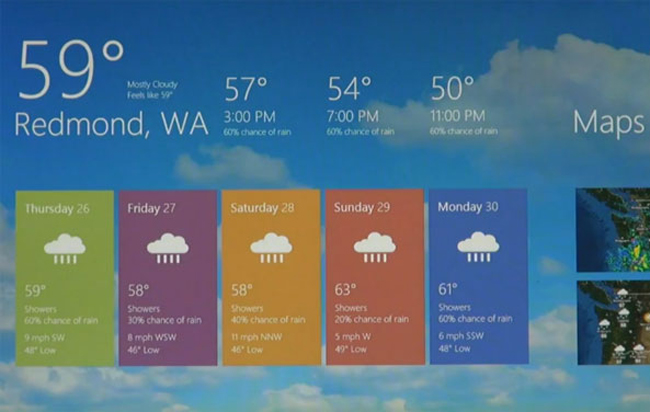 According to a recent report by Win Rumors, Dan’l Lewin, who is the corporate vice president for Strategic and Emerging Business Development, has hinted that Windows 8 may actually launch in the autumn of 2012.

“We’ve made the point about having a developer conference later this year,” said Lewin. “Then typically we enter a beta phase, and then in 12 months we’re in the market, so let’s make that assumption.”

So we could see Windows 8 launching by the end of next year, and that would mean that we would also see Microsoft launching their own Windows 8 tablet at the same time.

Have a look at the video below, which gives us a brief preview of Windows 8, it certainly does look very interesting, and we are looking forward to seeing what it is actually like to use on a day to day basis when it is finally release.