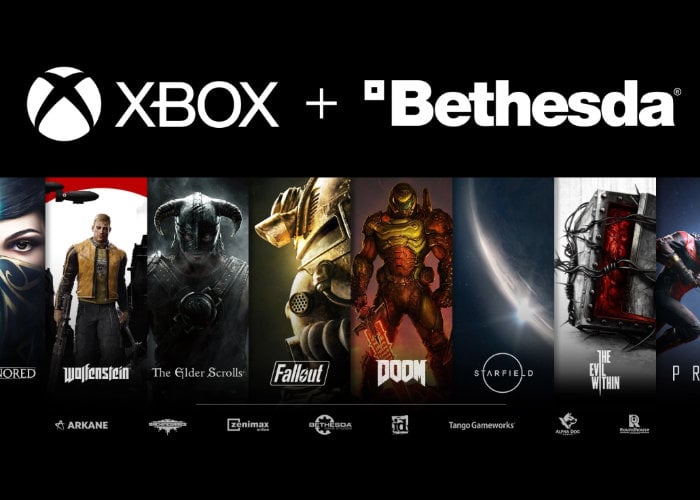 It is been announced today that the acquisition of Bethesda’s parent company ZeniMax Media by Microsoft has been approved by US and EU regulators. The 7.5 billion-dollar acquisition was approved by the the European Commission (EC) on Friday without any conditions being applied to the merger. The decision followed the US Securities and Exchange (SEC) clearing Microsoft’s registration of the deal, in the form of a notice of effectiveness published March 4th, writes S. Shah over on the Engadget website. Microsoft is paying $7.5 billion in an all-cash deal and explain more about the acquisition when it was announced during September 2020.

“As one of the largest, most critically acclaimed, privately held game developers and publishers in the world, Bethesda is an incredibly talented group of 2,300 people worldwide who make up some of the most accomplished creative studios in our industry across Bethesda Softworks, Bethesda Game Studios, id Software, ZeniMax Online Studios, Arkane, MachineGames, Tango Gameworks, Alpha Dog, and Roundhouse Studios. These are the teams responsible for franchises like The Elder Scrolls, Fallout, Wolfenstein, DOOM, Dishonored, Prey, Quake, Starfield and many more.

Bethesda’s games have always had a special place on Xbox and in the hearts of millions of gamers around the world. Our teams have a close and storied history working together, from the amazing first DOOM, and its id Tech engine, innovating games on PCs to Bethesda bringing their first console game to the original Xbox, the groundbreaking The Elder Scrolls III: Morrowind. Over the years I’ve had many deep conversations with the creative leaders at Bethesda on the future of gaming and we’ve long shared similar visions for the opportunities for creators and their games to reach more players in more ways.”