After the unveiling for their new Xbox One games console last night, there is plenty of news about the features and specifications of the new Microsoft Xbox One to keep us going until more news about the console is announced at the E3 games conference next month.

One feature Xbox 360 gamers maybe be pleased is included with the new Microsoft Xbox One is the ability to transfer your existing Xbox 360 Gamerscores and Achievements straight over to the Xbox One console. 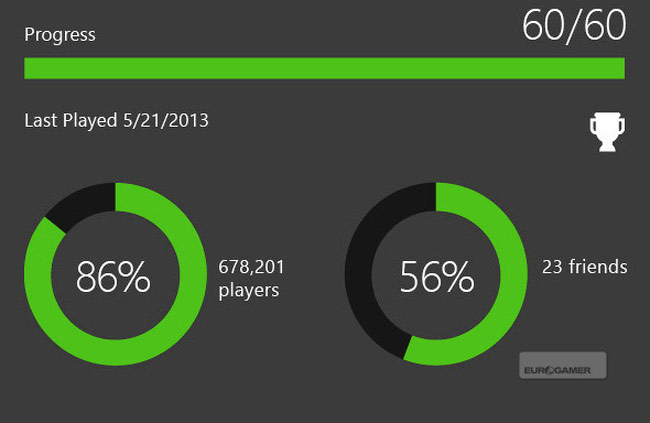 “Xbox One’s all new achievements system has richer detail and spans across your games and experiences, which means achievements are no longer confined to a single game.

And you can earn achievements in more ways since new ones can be added dynamically at any time. Our new achievements portal not only keeps track of what you earned, but how you earned it, so it’s more personal than ever.

It even lets you compare your achievements with your friends. Share your legacy and achieve greatness with Xbox One.”