Yesterday Microsoft launched its new Xbox Live Rewards program allowing gamers to earn points while playing. These points can then be turned into prizes in the Xbox Live Marketplace.

For example you can earn 10 reward points by simply renewing your one-month Xbox Live subscription, or if you purchase or renew a Gold Family pack 400 points are credited to your account, and the list goes on. 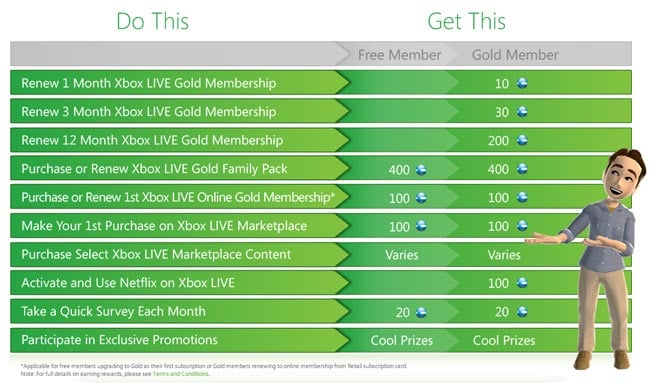 The rewards program is open to Xbox Live members in the US and UK who are aged  18 and over.  There are also a few limits in place for those over active gamers and only 15,000 points can be earned by anyone person within 12 months.

The current rewards system will run  June 30, 2011 and any reward points earned will be valid to spend until June 30, 2012. You can join up for the program here.