Microsoft has announced that they will be retiring their Messenger service on the 15th of March 2013, users of the service will have to move over to Skype, which Microsoft acquired back in May of 2011 in a deal worth $8.5 billion.

Microsoft’s Messenger has a total of 100 million users around the world, and Microsoft has now sent out emails to their users asking them to update Messenger to Skype. 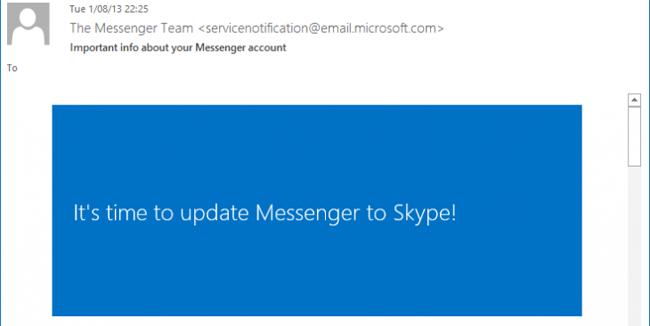 On the 15th of March, Microsoft will retire their Messenger service around the world, except in China, where Microsoft have said that the service will continue to be available.

If you update your Microsoft Messenger to Skype, you will be able to merge your Messenger account and your Skype account, and all your contacts will be available in Skype once you have transferred over.

So if you are still using Messenger, now might be a good time to switch over to Skype, as there are just a couple of months before Microsoft will shut down Messenger.