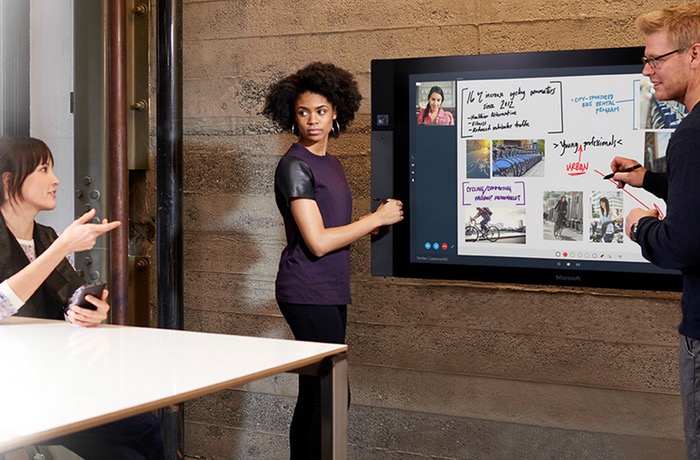 As well as announcing new details of their Windows 10 operating system that is currently under development and expected to launch later this year.

Microsoft has also unveiled a new piece of hardware in the form of a display and interactive white board called the Microsoft Surface Hub that will be available later this year. 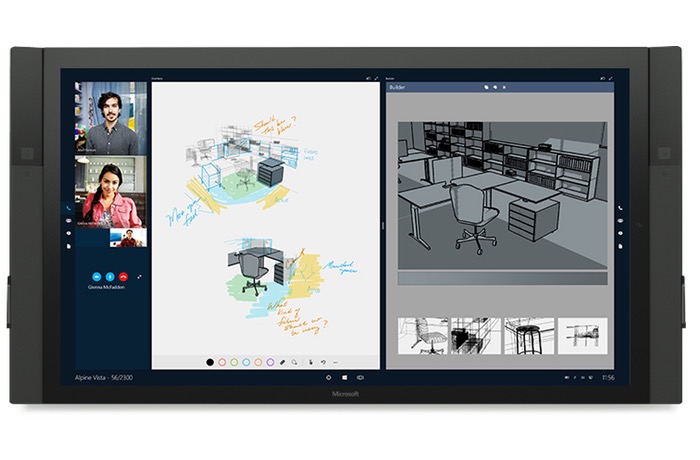 The Microsoft Surface Hub has been designed to provide teams with a collaboration device to offer a new way of recording ideas during meetings in a more natural way.

Watch the video below to learn more about the new Microsoft Surface Hub interactive display and how it could help the creative process in your workplace.

“Microsoft Surface Hub reimagines the meeting experience so that you can unlock the power of the group. You can walk up and join a Skype for Business meeting with a single tap, and share content effortlessly, so that you spend your time connecting to people rather than technology. And since you can easily send meeting notes and content, you can communicate outcomes and action points.

Make working together the most productive part of your day. Share your ideas with others on a canvas that is as big as your imagination. Bring teams together in a way that feels completely natural, with technology that doesn’t intrude, but helps ideas flow. Expand what can be accomplished in the moment and then don’t lose the momentum – capture your work so you can act on it later.

Use the OneNote whiteboard to share ideas on an infinite canvas, paste and annotate content from other apps, and bring remote participants into the brainstorm.The ink on Microsoft Surface Hub is so fluid and responsive that it feels just like a pen on paper—and it lets two people ink at the same time.

Whether you’re in the room or on the other side of the world, Microsoft Surface Hub brings everyone into the collaboration. Save your whiteboard as a rich OneNote file and email it to others so your ideas don’t evaporate when the meeting ends.”