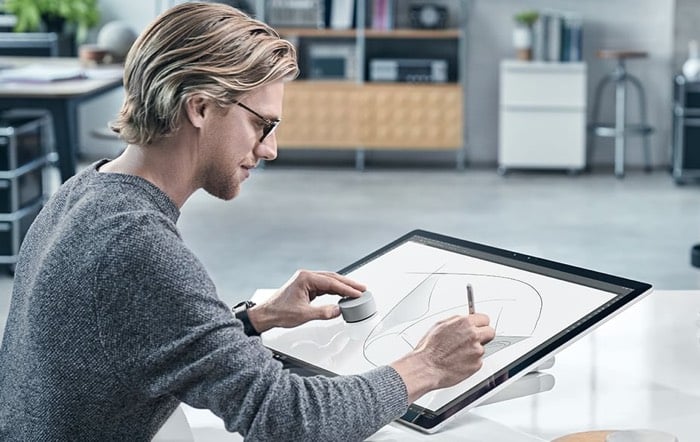 The Microsoft Surface Dial attaches to the display of the Surface Studio and Microsoft will also bring this support to its Surface Pro 4 and Surface Book.

You will be able to attach the Microsoft Surface Dial to the Surface Book and Surface Pro 4 and then use it in the same way as on the Studio.

This was recently confirmed by Microsoft who revealed to The Verge that the company will release an update to both devices next year to add in these functions.