Microsoft has announced that they will be launching a new Metro styled user interface later this summer for their web-based SkyDrive cloud storage service.

Microsoft allowed the Verge technology website to have a brief look at the new Metro styling which will be rolled out together with a number of new features and improvements said Microsoft. 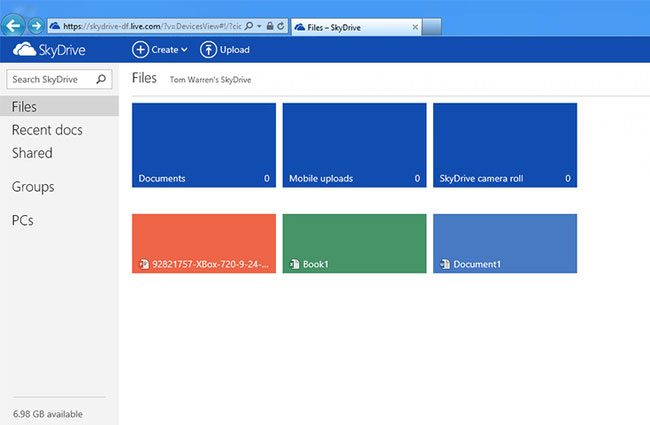 One of the new features that will be arriving within the Metro SkyDrive update is an integrated Windows Live Groups feature, that will be included in the sidebar within Microsoft’s SkyDrive website.

Enabling users to create groups to share and collaborate on documents from Microsoft’s other office applications, such as Word, Excel, OneNote, and PowerPoint. Together with the ability for users to easily manage their online storage and download the SkyDrive Windows application.

As more information is released closer to its official launch we will keep you updated as always, more screenshots of the new look Metro SkyDrive users interface are available on the Verge website.