The guys at the Internet Explorer team at Microsoft sent the Firefox team a cake to celebrate the launch of Firefox 3. 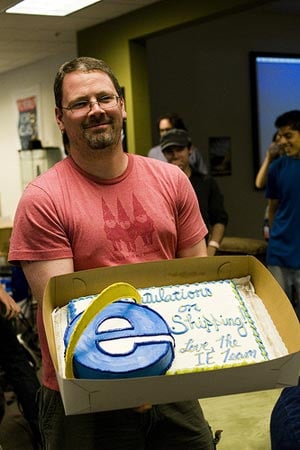 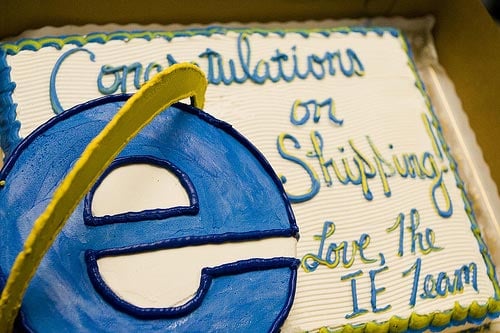 Sean from Microsoft came by just a few minutes ago to drop off a cake for the Internet Explorer team. As people may recall, the IE team sent Mozilla a cake after Firefox 2 shipped and it seems that they wanted to continue the tradition.

Sean and I used to work together and I happened to be the one that saw him as he came in so he presented the cake to me and John Lilly and we then took it around to staff. I think people found it amusing and the E portion of the Firefox 2 cake, which is preserved in our freezer to this day, was pulled out for comparison. I must say, the new cake is much nicer (and much less brown) than the old one.

At least Microsoft has a sense of humor about it.