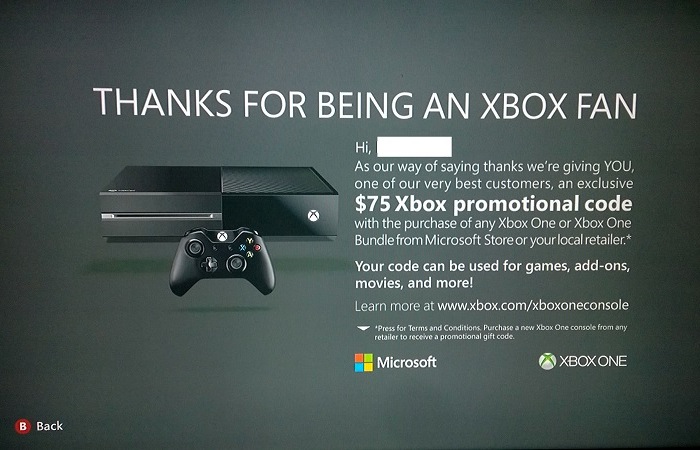 It has been reported today by NeoGaf member ‘Before U’ that Microsoft is now offering Xbox 360 owners a $75 incentive to try and tempt them to upgrade to a new next generation Xbox One console.

As you can see by the Xbox One promotional screenshot that appeared on the members screen after turning on their Xbox 360 console to play some Halo, the offer seems to be valid. 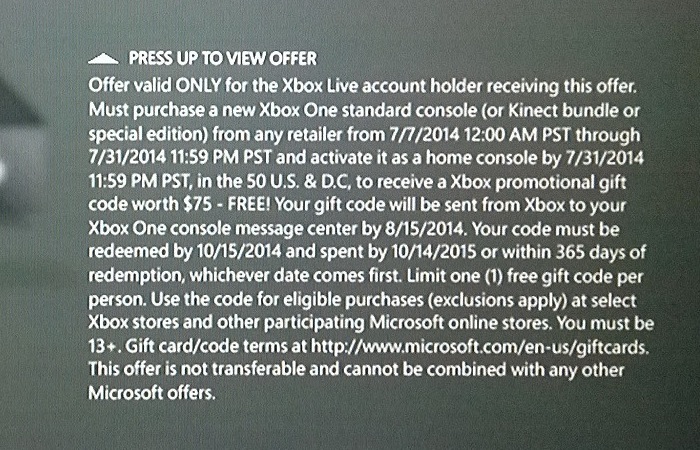 To recap the Microsoft Xbox One is powered by a customised AMD Jaguar 8 core processor is equipped with a graphics processor that is tailored for Direct X 11 graphics. Microsoft is now offering the console without the Kinect motion gesture controller as part of the bundle, brining it more in line with the Sony PS4.

The Xbox One also features 32MB of high bandwidth embedded ESRAM which is supported by 8GB of RAM that when combined offer support for full HD video in 1080p on select games and the new Ultra HD 4k video standard, as well as 7.1 surround sound support.

The offer was shown on screen in Canada but its not unclear if the offer is available else where as well. Have you seen this or similar offers whilst playing your Xbox 360?