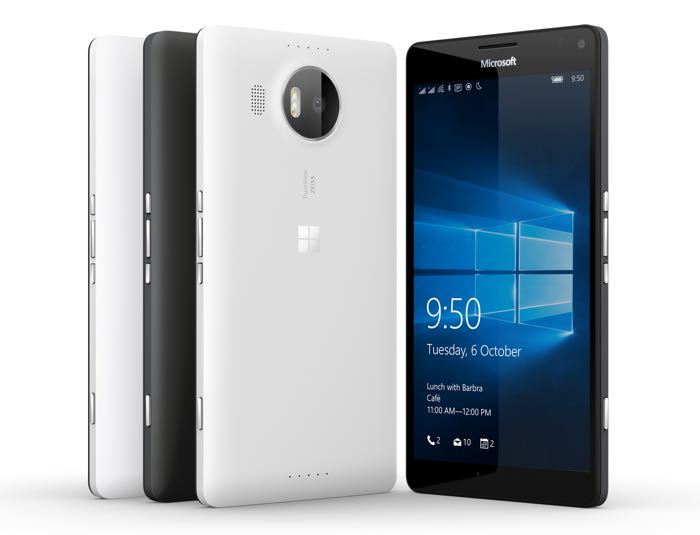 Microsoft recently announced its new Windows 10 smartphones, the Microsoft Lumia 950 and Lumia 950 XL, the handsets have yet to go on sale.

Now it looks like Microsoft is getting ready to launch these two new Windows 10 handsets, as they are now listed on Microsoft’s online store, although you cannot buy them at the moment.

The handsets will be sold through AT&T in the US, they will not be available with other mobile carriers at launch, although Microsoft will offer an unlocked version of both handsets as well as the devices with AT&T.

As a reminder the Microsoft Lumia 950 comes with a 5.2 inch AMOLED display with a QHD resolution of 2560 x 1440 pixels, there is also a hexa core Qualcomm Snapdragon 808 processor, 3GB of RAM and 32GB of included storage, plus a 5 megapixel front camera and a 20 megapixel rear camera.

The Lumia 950 XL comes with a 5.7 inch QHD display, an octa core Snapdragon 810 processor, 3GB of RAM and 32GB of storage, there is also a microSD card slot and a 5 megapixel front camera and a 20 megapixel rear camera.

You can find out more details about the new Microsoft Lumia 950 and 950 XL smartphone over at Microsoft at the link below.