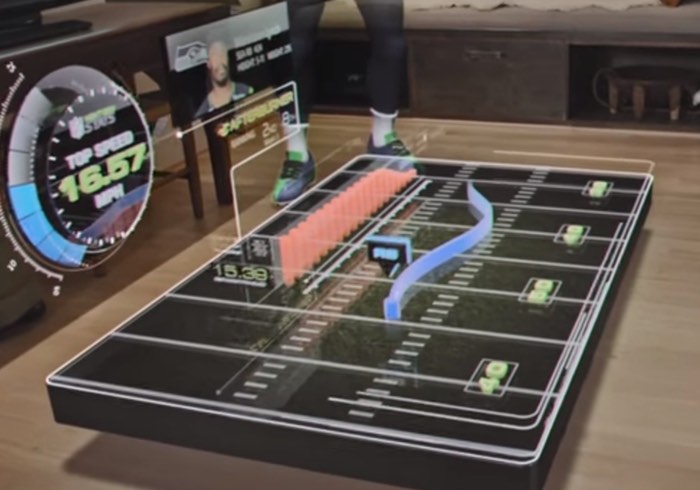 Microsoft has this week released a new promotional video for its augmented reality Hololens headset, that is still in the early stages of development and was unveiled last year. Providing a look at what may be the future of spectator sports once the Hololens is finally released as a consumer product.

Microsoft has been imagining the future for NFL football spectators by combining both augmented reality and live game footage to provide the ultimate sport fan experience. Watch the teaser video below to see what you can expect in the future using Microsoft’s Hololens to watch sporting events.

What if game day was no longer confined to your television screen, but covered your room and took over your coffee table? Today, we shared a glimpse of that future in a brand new concept video unveiled at the Super Bowl 50 panel discussion, “The Future of Football: How Technology Could Shape the Next 50 Years of the Game.”

With HoloLens, running Windows 10, your favorite players could be brought to life through high-definition, 3D displays – allowing you to experience the athleticism and skills behind their stats. That game-changing play could pop up as a 3D hologram so you could view the field from all angles, all while your fantasy scores update in real time, without the need for you to look down at another screen.

For more information on the new Microsoft HoloLens jump over to the official Microsoft website for details via the link below.