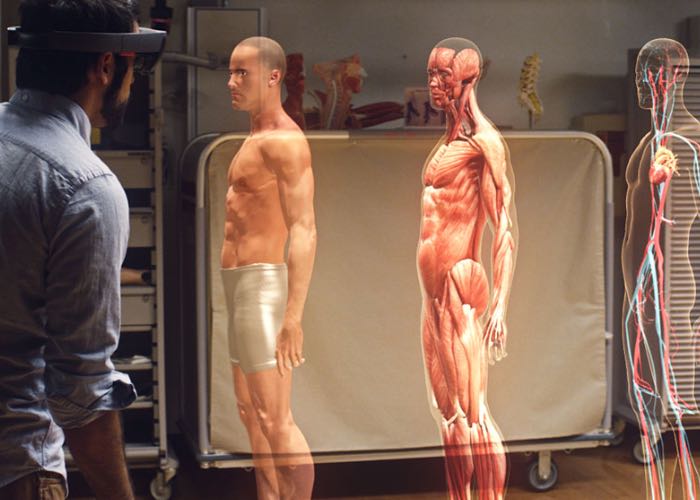 Microsoft has this week once again been presenting future applications the company hopes will be used in conjunction with its augmented reality HoloLens hardware when it is released in the next few years.

HoloLens was unveiled earlier this year and the latest presentation from Microsoft released this week provides a look at how the HoloLens hardware could be used to help to teach medical students more about the composition of the human body.

Microsoft has not yet announced any release date for their new augmented reality HoloLens system and even though the demonstrations do look very impressive. Microsoft will need to work diligently to make sure this a viable product, if it is going to make any impact in mainstream technology. Microsoft explains :

For education, Microsoft HoloLens will help make incredible leaps forward in productivity, collaboration, and innovation. See how Microsoft HoloLens transforms the way we teach anatomy and our understanding of the human body as we help to prepare the next generation of doctors.