A new trailer has been released for the upcoming Metro: Last Light, the sequel to Eastern European post-society horror Metro 2033, which is alos now being made available for free on PC.

The new trailer provides you with a glimpse of what you can expect from the new sequel once its officially launched and includes some awesome looking graphics and scenes. Watch the video after the jump to see it in action. 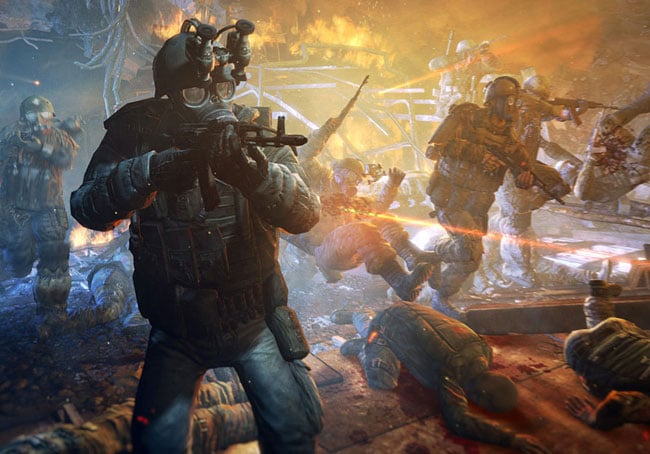 The new Metro: Last Light is being developed by THQ and , which has the tagline “Last Bullet. Last Breath. Last Chance.” is a first-person shooter thats will hopefully be launched in March 2013. Huw Beynon, head of THQ’s global communications explains a little more:

“The first game was based on Dmitry Glukhovsky’s post-apocalyptic novel, Metro 2033. He did write a pseudo-sequel called Metro 2034 but whilst the setting and concept of the first book leant themselves to a videogame, the second novel was a stab at an esoteric art-house style so wouldn’t work so well in this format. We referred to this game as 2034 internally because it was easier to call it that, but that was never actually the title.”

To be eligible for a free copy of Metro 2033 all you have to do is like the Metro Facebook page, to reveal the Steam code to download and install on a Windows PC, the offer will run until 16th December 2012, so don’t delay. Enjoy!