Metacritic the popular review and scoring website that collates reviews of music albums, games, movies, TV shows and DVDs, calculating a score out of 100 for each item, has now started rating game developers. Metacritic has now begun to provide listings of specific individuals credited for a games development on their site, then gives each developer an average percentage score for their career. 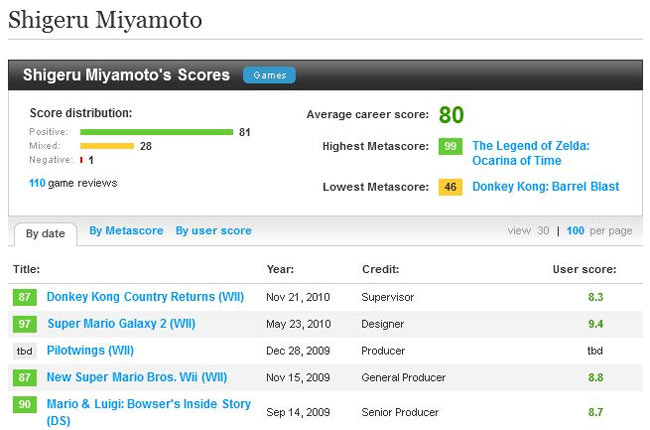