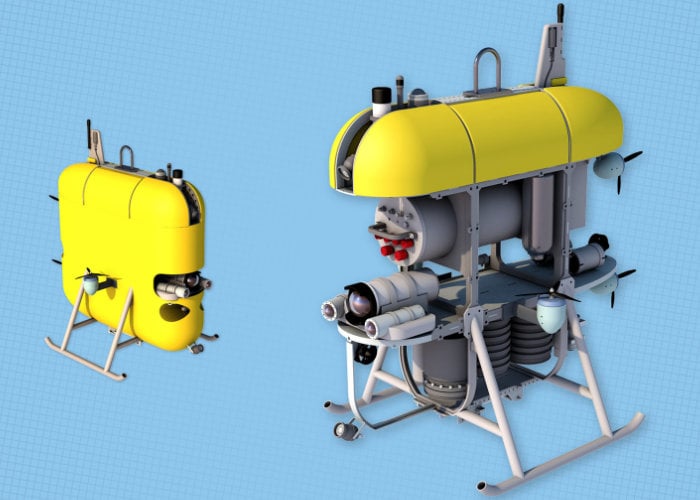 A new type of deep sea robot has been created called the Mesobot, specifically designed to allow scientists and researchers to monitor underwater life without scaring sea life away. To help not disturb the underwater sea life Mesobot is capable of manoeuvring thanks to six large, low-powered thrusters: two side thrusters, two vertical, and two aft and is equipped with dimmable LED lights will be able to switch from white to red, a colour that many twilight zone species cannot see.

Design to carry cameras, instruments that measure salinity, temperature, dissolved oxygen, and other seawater characteristics. The Mesobot deep see robot is also equipped with a Suspended Particulate Rosette (SUPR) sampler designed at WHOI by geochemist and engineer Chip Breier. The SUPR was developed for specifically analysing water chemistry, but Govindarajan says SUPR’s filters could also be used to collect samples of environmental DNA, (traces of DNA left behind by animals in the water). “You can extract the DNA from a plankton sample to identify the species composition,” Govindarajan said. “Or you can filter environmental DNA—or eDNA—from a water sample, compare it to the DNA of known species, and identify what organisms were in the water.” 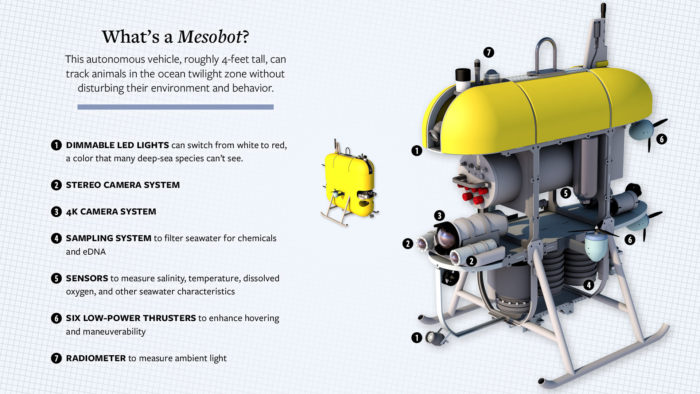 “The vehicle looks something like a 4-foot-tall, bright-yellow bar of soap, turned on one long edge. It weighs only about 350 pounds—small and light for a sea-going robot—and has enough battery power for missions lasting up to two days. Like its cousin vehicle, the Deep-See, Mesobot will explore the deep, dim waters of the ocean twilight zone, hundreds to thousands of feet below the surface. But unlike the much larger Deep-See, the stealthy Mesobot will be able to follow individual animals, revealing subtle secrets about their behavior.”

For more information on the new Mesobot deep sea robot jump over to the Oceanus Magazine website by following the link below.