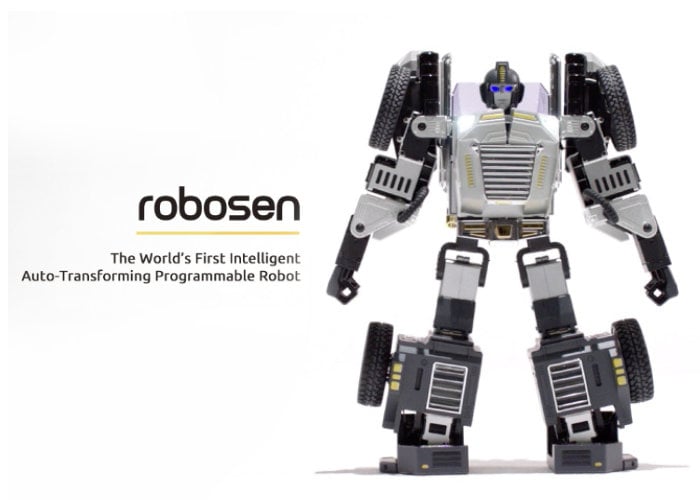 Robosen has launched the new Kickstarter campaign this week for the world’s first intelligent auto transforming robot. Watch the demonstration video below to learn more about the programmable robot which is now available to back via Kickstarter with early bird pledges available from $269 or roughly £204. If the Kickstarter campaign is successful worldwide shipping is expected to start sometime around June 2019.

The developers of the transforming, programmable robot explain more about its inspiration, design and construction. “The world’s first auto-transforming robot with intelligent programming. Robosen T9 is designed for anyone interested in the exciting world of robotics. Composed of more than 3,000 parts, Robosen T9 can support vehicle driving, high-speed walking, and human-like movements. The T9 can travel with you for entertainment, education and even business. “

“You can easily customize the movements and voice of the T9 using the world’s leading manual programming or by using the built-in programming on T9 APP or by picture programming to create movement sequences, even though you don’t have any experience of programming. Inspire your creativity with Robosen T9. “

For more details and full specifications as well as a complete list of all available pledge options jump over to the official Kickstarter crowdfunding campaign page by following the link below.