Mercedes has released a photo of the new Mercedes Concept Coupe SUV, and this new vehicle is apparently designed to take on the BMW X6.

Mercedes will showcase the new Mercedes Concept Coupe SUV at the Beijing Auto Show later this month, they will also be showing off their new Mercedes ML 4×4 which will go on sale in 2014. 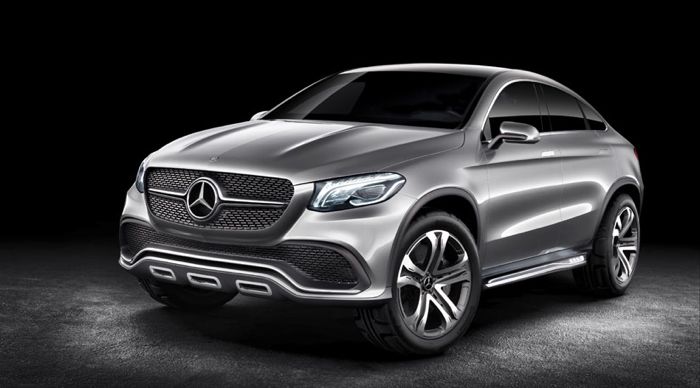 The photo above was revealed at the Daimler annual shareholders meeting, and the company thinks there is a lot of potential with the new Mercedes Concept Coupe SUV.

This new concept coupe SUV will be based on the same platform as the Mercedes ML and Mercedes GL, it has not been given an official name as yet although it is expected to be called the Mercedes MLC.

The Mercedes MLC will come with a range of four-cylinder, V6 and V8 engines, there will also be an AMG version of this new Coupe SUV.

As yet there are no details on how much the Mercedes Concept Coupe SUV will retail for and when it will launch, we suspect it will go on sale either in 2015 or probably 2016.