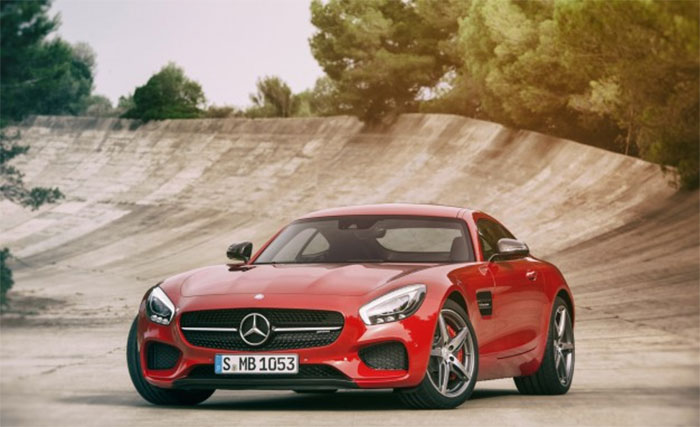 Mercedes-AMG is rolling out another version of the slick GT sports car to slot into the line along with the GT S and the GT R versions. The good news here is that the new AMG GT is significantly cheaper than the other models, but by no means an affordable car. The AMG GT starts at $112,125 and will go on sale later this summer.

The car also gives up some of the fancy inside to get a lower price, namely the leather seats. The AMG adaptive exhaust is also missing along with the fancy Burmester audio system, adaptive suspension, and red brake calipers. Some of those missing features might be available as options, but that is unclear right now.