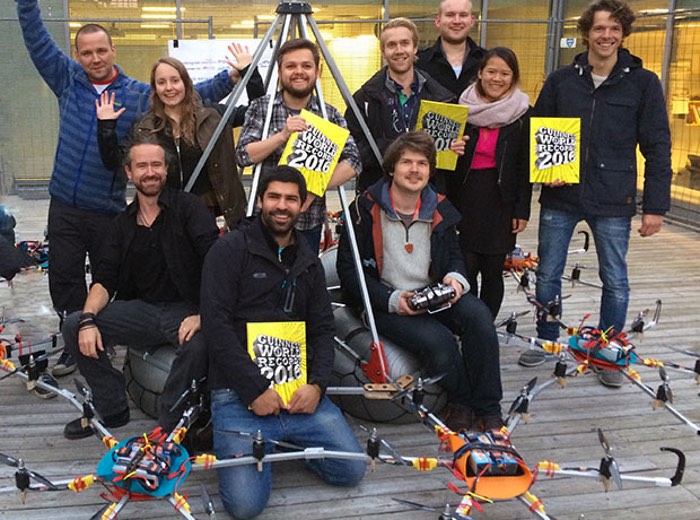 A new Megakopter Drone has set a new Guinness world record for lifting the heaviest load to date, lifting a cargo weighing 61 kg or 134lbs in weight to a height over 1 m or 3ft 3 inches for 37 seconds.

The Megakopter Drone is equipped with 13 propellers and eight hexacopters powered by a total of 48 motors and is Constructed using a frame built from aluminium and plywood and took around 18 months to build from scratch. 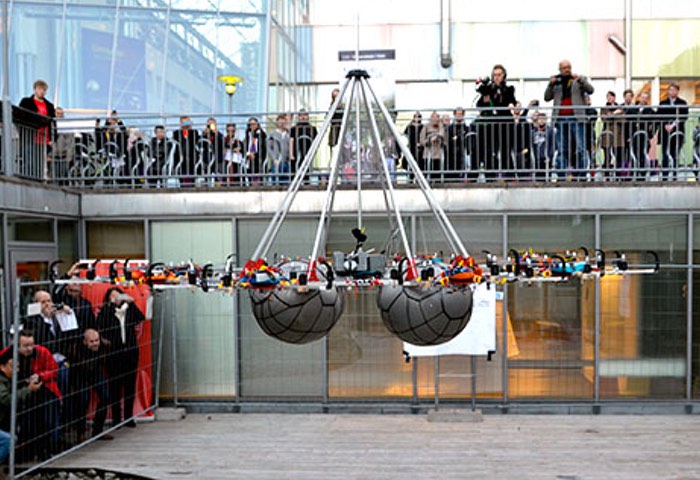 During the lift the rotors on the Megakopter Drone were varied in speed via a wireless remote control to give the craft lift and thrust and was piloted by Henning Pedersen and Dan Richard Isdahl Eng during the record breaking flight. Check out the video below to see the record breaking attempt.

The official record is for the Heaviest payload lifted by a remote-controlled multicopter, but I would imagine it will be broken again very shortly as the Megakopter Drone is already legally registered to lift over 149 kg.

The record breaking attempt was made by drone maker Henning Pedersen and students of the University of Oslo. The team has a goal of eventually being able to carry a single human being, making the drone a personal flight vehicle. The record was carried out during October 2015, but the process of validation by the Guinness World Records body takes a few months to process. Watch this space for more attempts very soon.