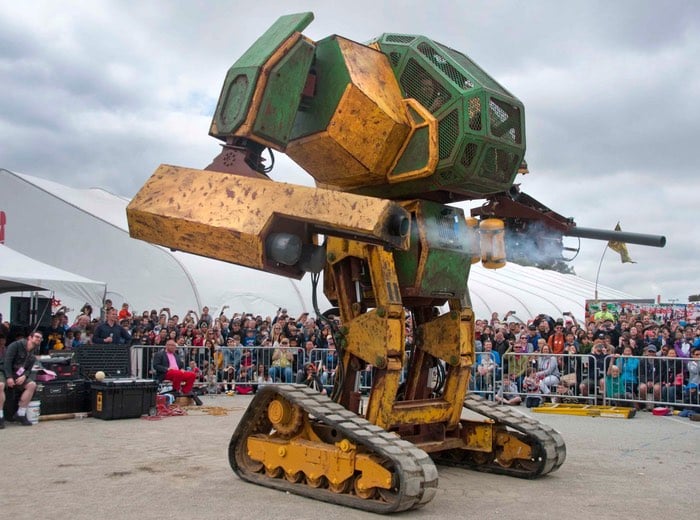 In preparation for their showdown with the Japanese team, MegaBots the US side of the competition have this week released a new video revealing a few tests they’ve carried out on their huge battle bot robot.

The battle bot will soon take place in the world’s first Giant Robot Duel between us and Suidobashi Heavy Industry of Japan during which it will have to withstand everything the Japanese robot throws at it.

Welcome to MegaBots Season 1! We’ve created a YouTube series that follows the design, fabrication, and testing of America’s first mech in preparation for the world’s first Giant Robot Duel between us and Suidobashi Heavy Industry of Japan. We start by destroying our Mk.II robot… for SCIENCE. If we’re going to be inside this robot during the Duel, we’re going to make damn sure we don’t get hurt (or worse) during combat. To do that, we need to try to break our $200,000, 6-ton, 15-foot tall combat robot and see what happens to a crash test dummy inside.